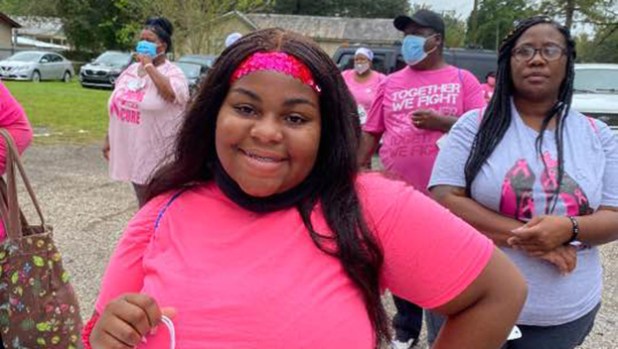 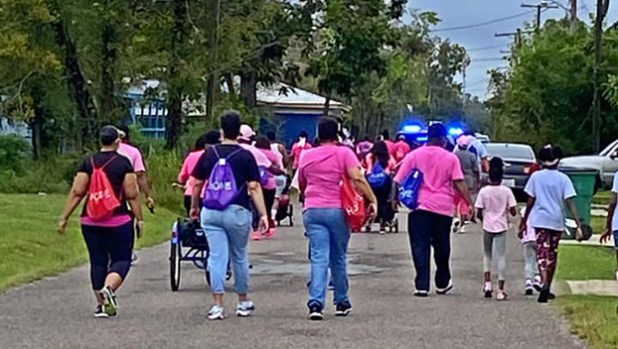 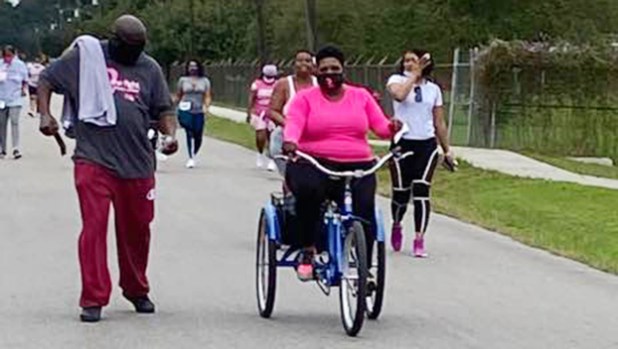 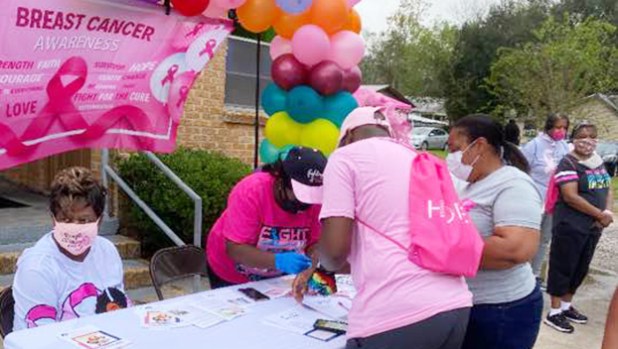 GARYVILLE — A strong support system and an enduring faith in God connect each of the survivors being honored during the annual Breast Cancer Walk hosted by Mt. Zion Baptist Church #1.

This year’s Breast Cancer Walk will begin at 9 a.m. Saturday, October 22 on the grounds of the church, located at 144 Little Hope Street in Garyville. With a donation of $20, the community is invited to walk, run, ride bikes while raising awareness for cancer and the importance of early detection. The event will include refreshments, giveaways and music.

“We walk for a purpose, to let everyone know they are not alone. The walk is to let them know you can make it. We can get through it together with our church family and friends,” Minor said.

Paula Preston celebrated one year of remission on May 26, 2022. Shortly after the initial COVID-19 shutdowns, Preston found herself in lockdown once again after an unexpected cancer diagnosis in late August 2020. She was having trouble lifting her right arm, to the point where she could hardly brush her hair. Dr. Colin Bailey in LaPlace referred her to an oncologist who diagnosed her with hodgkin’s lymphoma.

Preston had people who she could call on who would take time to really listen to her, including First Lady Shelia Fredericks. She also had the support of her son who took care of her during the rough days.

“I didn’t just stay in bed to have pity on myself. I still did what needed to be done. When I could do it, I did it. When it was time for me to rest, I did that also,” Preston said.

Today, Preston teaches others to be proactive about their health.

“I’m glad to be honored, because it’s not just about breast cancer; it’s about all cancers and being aware of your body. You have to have that primary care doctor because you need to have that relationship,” she said.

Brenda Nicholas was diagnosed with breast cancer in April 2008 following a routine mammogram. A lumpectomy to remove the cancerous part of her right breast was only the first part of her treatment journey, which also included three months of chemotherapy, daily radiation for eight weeks, and medication for five years. Her mother sat by her side through every treatment in Metairie. Nicholas was motivated to get better so she could see her grandchildren grow up. After retiring from a career as a schoolteacher and a librarian, cancer taught her a new life lesson.

“It changed my outlook on a lot of things. I decided to enjoy life more,” Nicholas said. “Our church encourages people to get their mammograms and take care of themselves. It’s a matter of helping other people to become aware that it could happen to anybody.”

Jennifer Peal Clark’s first indication of cancer was feeling a knot near her underarm. Her shoulder was hurting when she would lay down, and a trip to the ER revealed she had swollen lymph nodes. Her doctor sent her to do an ultrasound, and she will never forget receiving the dreaded call that she had cancer.

Clark opted to have surgery to remove the whole breast instead of half for peace of mind. During the surgery, doctors discovered she had five cancerous tumors that has previously gone undetected in her breast. She was in the waiting room with her daughter, a registered nurse, when the doctor announced she had triple negative breast cancer. At first, she thought “negative” was good news, but she soon learned that it meant doctors did not know the cause of the cancer. That made the treatment process more difficult as she endured several weeks of chemotherapy and radiation that nearly knocked her down for good.

Clark leaned on the support of her daughter, Yvonne, and a close friend, Irene Jackson, who took her to every chemo appointment. Today, she is thankful to be in remission.

Dora Nevers didn’t have any symptoms when she was diagnosed with breast cancer via a biopsy in July 2017, several months after an abnormal mammogram. Nevers went ahead with surgery in Lutcher with the support of her family, friends, and a strong belief in God. She drew inspiration from the poem “Footprints,” with the faith that God would never give her something that she could not handle.

Thankfully, Nevers didn’t need chemo or radiation. She went on a five-year pill but ended up with the lipedema, a swelling in the arm that she still has to diligently treat daily with an arm pump and a sleeve. She chose to have a mastectomy to keep the cancer from coming back.

“I may have lipedema, but I know what I have to do to keep it from getting worse,” Nevers said. “Just because you have cancer, it doesn’t mean it’s the end. You have to make sure you take your mammograms and do what the doctor tells you to do. Do what you need to do to keep yourself strong and healthy and pray. Faith will take you through anything.”