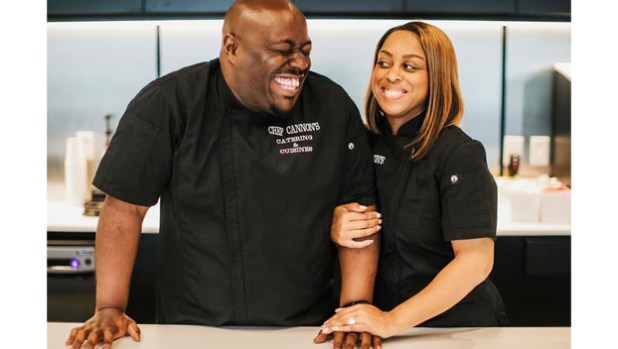 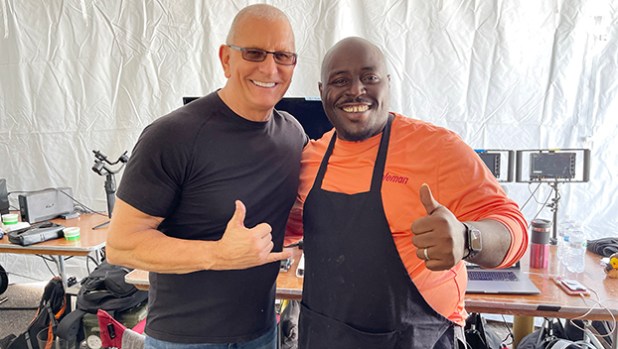 LAPLACE — A small-town chef from St. John the Baptist Parish will spend the next two weeks cooking for the production team of Food Network’s Restaurant: Impossible as the crew travels through South Carolina, Georgia and Alabama.

Sheldon Cannon, an Edgard native and resident of LaPlace, was featured briefly in an episode of Restaurant: Impossible while helping out a friend. This week, he was contracted as the crew chef for the remaining production cycle. 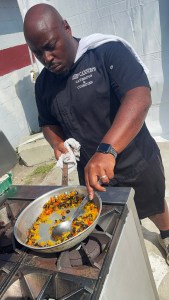 “I was totally excited. As a kid who grew up watching Food Network, to be featured on there only briefly in a previous episode and to be called back out for my company to be given an opportunity to work with them is kind of a dream come true for a small town kid from Edgard, Louisiana with a small company,” he said. “It feels good to start from the bottom and work your way up to a really good place in your career.”

Restaurant: Impossible, one of Food Network’s top-grossing shows, follows Chef Robert Irvine as he travels into restaurants, critiques menus and budgeting, and redesigns the space for a grand re-opening feel.

Cooking has always been a passion for Cannon. He and his wife, Gabrielle, became co-owners of Chef Cannon’s Catering & Cuisine LLC in 2014. The idea for the company came about after Gabrielle Cannon noticed her husband was spending countless Saturdays helping friends cook for their parties. She reminded him that his time is valuable and that he had the talent to turn his hobby into a successful catering company.

While cooking for a living sounded enticing, Cannon was fresh out of college at the time and wanted to put his degree to work. He pursued the best of both worlds, taking on a full-time position as an insurance agent with Farm Bureau and operating the catering company part-time.

Starting as a small-scale catering company, the couple took their passion and love for food to another level by adding a variety of services and menu options for their clients. In May 2022, Sheldon and Gabrielle Cannon also created a social media series called “Cooking with the Cannons”, where they discussed a variety of topics relating to cooking, relationships and business.

Gabrielle Cannon said the Restaurant: Impossible opportunity is a dream come true for their family. While dating, they enjoyed watching Food Network and spoke on the what if’s. Now the what if’s are becoming reality.

Gabrielle Cannon said her husband has contributed so much to the company as head chef, constantly researching and educating himself so that the company will continue striving for greatness.

“As his wife and business partner, I am forever grateful for having such an amazing person to do this thing called life and business with. It’s so rewarding to build and work hard with my spouse,” she said. “As Sheldon travels with Food Network, I am mostly proud of his high level of confidence and gratitude. We realize that without God nothing is possible, and we are so grateful he has selected us to not only bless others with delectable cuisines but to also provide top notch services to our clients.”

While the crew is primarily looking for light, healthy meals after long days on set, Cannon looks forward to giving them a taste of Louisiana by incorporating crawfish etouffee and crawfish eggrolls into the menu. Of course, he will also be cooking up a delicious gumbo for the crew near the end of the shoot.

The Food Network opportunity is far from the Cannons’ first recognition in the culinary world. Sheldon Cannon has won the Paddle for the Paddle in St. Charles Parish, and Chef Cannon’s Catering was recently named among the Top 20 caterers in the New Orleans area by “Where Black Nola Eats.”

“To now be seen on a grand scale like this is amazing,” Sheldon Cannon said. “We look forward to bringing everything we learn from this opportunity back to our community and implementing some of those pro-tips from the road.”