After man shot by police, 2 additional bodies found in home 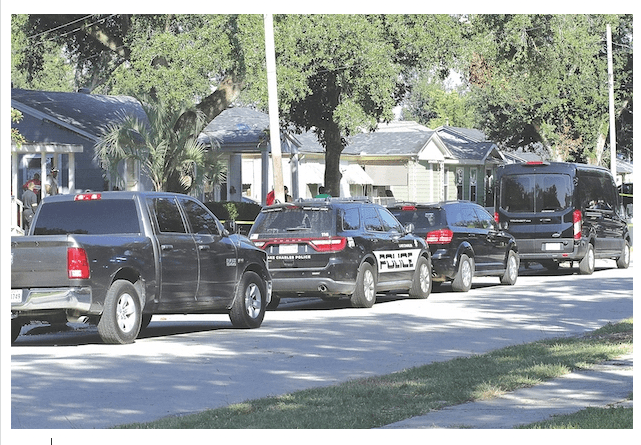 7th Street between 3rd Avenue and 4th Avenue was largely blocked off Thursday afternoon while law enforcement officials investigated three deaths. The investigation has been turned over to the La. State Police. (Donna Price / American Press)

A man was shot by a Lake Charles Police officer after the department responded to an incident Thursday morning at a home on 7th Street, according to Louisiana State Police spokesman Trooper Derek Senegal.

After he was shot, the man retreated into the home. Officers later discovered the man’s body and the remains of two others.

Senegal said LSP were requested to investigate the officer-involved shooting around 12:30 p.m.

Senegal said the relationships between the three deceased persons is still being investigated.

He indicated it was still in the very early stages of the investigation and he did not know how long the other two bodies had been in the home.