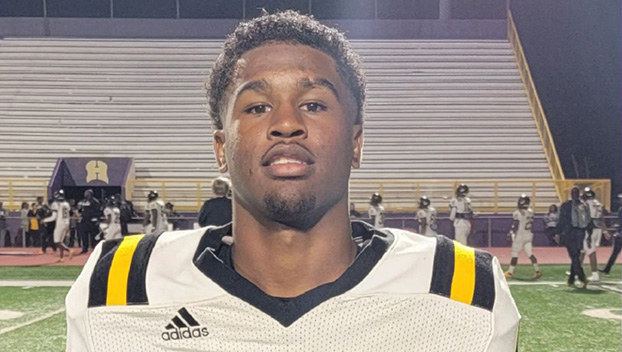 Senior Yashua Mitchell is the quarterback for East St. John.

RESERVE — It’s been a bounce-back year for East St. John, a 6-0 team that has regained momentum in the year since Hurricane Ida.

The Wildcats were cheered on by generations of East St. John alumni last Friday night as they took down H.L. Bourgeois 59-7. This week, Central Lafourche (1-5) will travel to Joe Keller Stadium to challenge the E’s undefeated record.

Head coach Brandon Brown reminds his team to never get complacent, even when it seems the odds are in their favor.

“When you are undefeated, I think everyone is gunning for you. We are going to see the best effort from our opponents every game. They want to be the team to knock us out,” Brown said. “We need to stay consistent, stay hungry and continue to give maximum effort. We’ve been through a lot of adversity. Even though we are 6-0, we haven’t played with a full team of kids. Whether it’s been an injury or a bug going around, we’re always missing a key starter or two. Our kids have really stepped up. They are a resilient bunch.”

Last year was tough for East St. John, as the team went 3-4 in the regular season and missed a chance at a playoff run. Hurricane Ida left athletes displaced from not only their homes, but also their school, and this greatly changed the process the football team followed when it came to game preparation.

“A lot of people didn’t know that we weren’t on campus at all, and it kind of impeded our process as far as lifting weights and watching film,” Brown said. “As a program, I think we’ve been trending in the right direction from day one, and the hurricane kind of put a halt to a lot of things. Now, we’re back into a groove, into our normal routine.”

The E has been relying on senior Yashua Mitchell, the starting quarterback who has done and outstanding job leading the offense. Senior running back George Martin has provided a lot of leadership, while juniors Koyal Gray and Dkai Joseph have been effective receivers. Defensively, the team has been led by seniors Kaden Henderson and Freddie Jones.