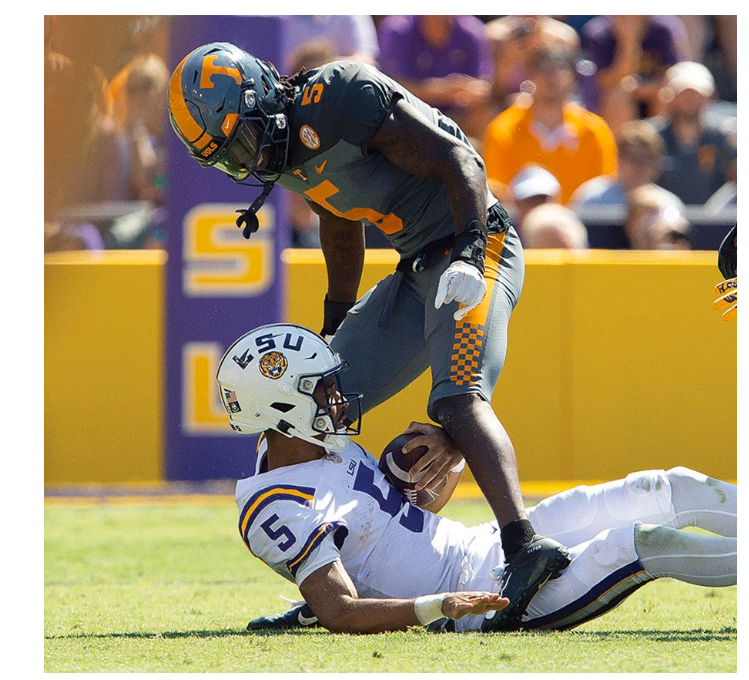 BATON ROUGE — As Tennessee fans Rocky-Topped away in their end of Tiger Stadium and LSU’s famed second-guess brigade no doubt had a field day out in the postgame tailgates, Brian Kelly didn’t have many answers.

It was that kind of day for the first-year LSU head coach, Murphy’s Law on the sideline where his decisions all seemed to be the popular social media question.

“That was not what we planned nor expected,” Kelly said. “We expected to play much better than that.

“I could stand up here all day, but that falls on coaching. That’s on me. I have to coach better. We’ve got to coach them better.”

Special teams blunders put LSU in an early 10-0 hole before the late-arriving 11 a.m. crowd even got settled in good.

A trio of fourth-down gambles gone awry in the first half set the stage for the Vols to take total command.

“It says we found a way to be the best team on the field,” Tennessee head coach Josh Heupel said. “Our players, they expect to win.”

“They certainly deserved to win today,” Kelly said of the Vols. “But we have to coach this football team better. That’s that’s the bottom line.”

The final Tiger Stadium buzz kill came late in the half, just before halftime and shortly after the Tigers got on the board to cut the margin to 20-7.

LSU has been a second-half team. The LSU crowd kind of got back into it, especially after the Tigers’ defense got a rare stop and another chance to nibble away with just under a minute to go in first half.

It could have been three-and-out.

But Kelly elected to roll the dice for the third time, this time on fourth-and-10 from just beyond midfield, and it came up snake eyes again on an all-out orange blitz, one of five Tennessee sacks of Jayden Daniels.

Even out of timeouts with 27 seconds left, Tennessee managed to get into position for Chase McGrath’s 32-yard field goal as time expired and a 23-7 lead.

“Necessity,” Kelly said when asked why he took the fourth-and-10 gamble. “I felt like we had to make something happen in that situation.

“I couldn’t take a conservative route there. I just felt like we needed to continue to be aggressive.”

Same thing, he said, for the previous two failed attempts.

They came after LSU’s Jack Bech muffed the game’s opening kick off right to the oncoming Vols, who used the gift for a quick 7-0 lead on Jabari Small’s 1-yard run.

LSU fielded the ensuing kickoff without incident, but when forced to punt, gave up a 58-yard return, setting up a field goal for a 10-0 Vols lead less than 4 minutes into the game.

LSU overcame double-digit deficits to win its first two SEC games, but not against this Vols’ offense.

“We got behind by 10 and couldn’t afford to just match possessions with them at that point,” Kelly said. “Once you get behind a team like that … it felt like I needed to.”

So, instead of settling for a chip-shot field goal, the Tigers came up short on fourth-and-4 at the UT 11. Later the Vols stuffed Josh Williams on fourth-and-1, and Tennessee scored one play later on Hendon Hooker’s 45-yard pass to Jalin Hyatt.

“We controlled the line of scrimmage,” Heupel said. “We created some negatives in the run game and got off the field.”

It didn’t help that the Tigers were down two more players in the already-thin but ever-shuffling offensive line.

But LSU did not manage a sack against Hooker, who threw for 239 yards, well below his average, but was bolstered by 263 yards rushing, 127 by Small.

Tennessee fans all but had the stadium to themselves after tacking on two more touchdowns in the third quarter.

“Our details weren’t very good,” Kelly said. “We didn’t tackle very well. Again, I could give you a number of different reasons. for it. But it falls on us as coaches.”