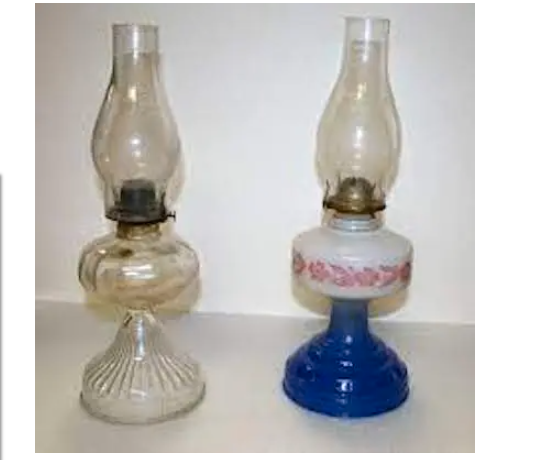 When you can remember reading by coal oil and kerosene lamps, using an outhouse, warming up by a coal-fired heater and priming a water pump at the kitchen sink, you know you’ve been around a long, long time.

Those are some of the things I discussed with a Cameron cousin last week, a day before my birthday. Although I’ve lived in Lake Charles all my life, I was born in Cameron and spent my summers there as a youngster.

My mother came from a family of 12, and I had a favorite Aunt Nona Welch who was Cameron registrar of voters, a job my grandfather, Amedy P. Welch Sr., had before her.

I split my summertime with my aunt and at my grandfather’s house and knew what country life was all about. Grandpa had a cistern used to catch rainwater and I remember once when it collapsed. Bacon and other meats were hung in a smokehouse.

Women washed their sheets and other white clothing in boiling water in big, black iron pots. They used long wooden poles to fish the clothing out of the water for hanging on the line.

The Jefferson Davis Electric Cooperative that supplies electricity to Cameron Parish got its charter Sept. 17, 1941, but it took some time to get electric service to everyone.

I picked cotton one day and made only 25 cents. That was enough for me. The highlight of every week was sitting on my grandfather’s front porch on Saturday evenings and listening to the Grand Ole Opry on radio.

My family lived on 16th Street. Those were post-Depression years. We were poor but didn’t know it because almost everyone we knew was also poor.

I remember one day when my dad, who was disabled because of polio, came home with a used Oldsmobile. He told us you didn’t have to shift gears because it had automatic drive. We couldn’t believe it, and it made a big difference in my dad’s life.

I attended LaGrange in grades 1-3 and Cooley Elementary School for grades 4-6. It’s amazing the building is still here. I finished high school at LaGrange and attended McNeese before it became a university.

I will never forget that night during a fraternity party when I saw a beautiful blonde coed sitting across the dance floor. I was feeling pretty good and told my friend Bill McMahon I was going to ask her for a date.

Jo Ann Drachenberg accepted and when I tried to set it up days later, she said she was surprised I had remembered. We dated and eventually married, raised a great family and had more than 65 great years together.

After graduating and completing ROTC at McNeese, I spent two years in the U.S. Army. Hurricane Audrey devastated Cameron in 1957 and I got a leave to come home.

My grandfather’s two-story home was gone, and I helped my aunt get the mud out of her home next to the Cameron Courthouse that has survived some major hurricanes. Two uncles and an aunt died in that storm.

Hurricane Laura in 2020 wiped out more homes, and my cousin said it was too much for some longtime residents. Many haven’t come back, he said.

After my discharge, I got a job teaching American history, English and civics (government) at Vinton and Marion high schools. Those three subjects were extremely helpful when I became a reporter at the American Press.

I have witnessed and written about some major news events since joining the newspaper full-time. Covering the Legislature since 1968 has been extremely educational and satisfying.

The first tough job I had was writing the obituary of Lloyd McMahon, the managing editor and Bill’s father, who hired me in 1961.

Life and my health have been good and my family has been one of God’s greatest blessings. The Methodist Church has been a major influence in my life, and its current division has been extremely disturbing for me.

Recounting these lifetime experiences helps me remember that I have witnessed some major news events, like World War II, the Korean War, the Vietnam War and two Gulf wars.

I have seen a lifetime of technological advances and experienced more great friendships than I can count. I taught school and have been a longtime journalist, two jobs that have been more satisfying than I ever thought possible.

My family, great friends at the Ward 3 Recreation Center on Power Center Parkway and on Facebook, colleagues at the newspaper and others I have known well gave me a grand 89th birthday celebration.