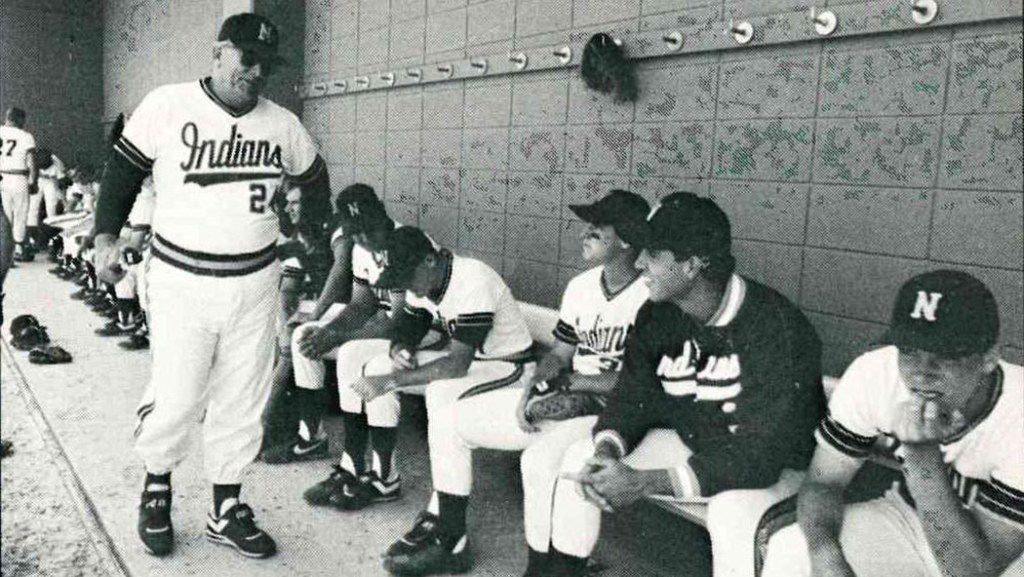 MONROE — Lou St. Amant never truly retired after spending two decades as a coach at Northeast Louisiana University. His commitment to the university’s baseball program, often in the form of supporting fundraising efforts, has spanned more than 50 years.

ULM President Dr. Ron Berry remarked, “It is only fitting to name the field at our ballpark in honor of Lou St. Amant. The University was so fortunate to have Lou serve as our baseball coach for 18 seasons, and it is staggering to think about the hundreds of student-athletes’ lives that he impacted in a positive manner during his tenure. Today, he remains one of this University’s great ambassadors.”

Now in his 80s, St. Amant is highly regarded on campus not only for his 414 career victories during his tenure as head baseball coach, but also for his commitment to the initial construction of the baseball facility in 1983.

St. Amant considers the naming of ULM’s field the biggest and best honor he could ever dream of.

“I was shocked. You never think you are going to get something like that named after you, something that will be there forever,” St. Amant said. “I was really humbled by it because not too many people get that honor. I know Skip (Bertman) got it down there at LSU. He was really successful, more successful than I was, but when you put in time and effort and you get kids graduated, that has a lot to do with it, too.”

A ceremony to officially commemorate the naming is planned for early 2023, which also coincides with the 40th anniversary of the original stadium.

St. Amant’s baseball legacy began as a student-athlete at Destrehan High School and continued on to Louisiana State University. Problems with his pitching arm spelled the end of his career as a player but signaled the beginning of a long-spanning teaching and coaching career.

His connection to the River Parishes included multiple years at Sacred Heart School in Norco, St. Charles Borromeo in Destrehan and St. Joan of Arc in LaPlace. After continuing his schooling at Northeast Louisiana University in 1970, he returned to the prep leagues with a five-year stint at Lutcher High School, where he led the led the Bulldogs to a Class 3A football championship in 1975.

“I made great friends at Lutcher who are still friends today. I would have never left it if weren’t for me coming back to school to get certified, get my master’s and get my 30+,” he said.

St. Amant spent two years as an assistant coach at Northeast and took on the role of head baseball coach in 1976, ending a series of four losing seasons. He led the team to a tie for first in the West Division of the Trans America Athletic Conference in 1982, one year before Northeast joined the Southland Conference. In 1983, St. Amant led the Indians to their first NCAA baseball regional appearance while overseeing the completion of a new facility the team could be proud of.

Plans for the stadium took shape in 1981 after St. Amant was inspired by the configuration of Texas A&M’s baseball stadium. St. Amant got with an architect and outlined a $3 million budget. The final design was similar to the stadium in College Station, albeit smaller and with more handicap-accessible features.

When the team moved into the stadium in ’83, the athletes were initially getting dressed in the dormitory.

“The stadium was so nice that we went out and raised $100,000 to finish the underneath for the dressing rooms, showers and coach’s office,” St. Amant said.

The stadium has been well-maintained, and improvements over the years included the addition of lights. St. Amant was a top donor in the recent turf and stadium club renovation project that culminated prior to the 2022 season.

“Maintenance of the baseball field is year-round because you have to cut the grass, fertilize, water it. They wanted to add turf, and I kind of took the bull by the horns and helped out with that by making a contribution,” St. Amant said. “It’s a great facility with an indoor weight room, space for hitting, lights – almost everything a team could want. Coach Federico is trying to make some improvements we think we need, and we have a great president right now, Dr. Berry, who has really fought for everything hard with the state legislature. I have to thank him and Scott McDonald, who just retired as our AD, for their help in this honor.”

After the naming was announced, Coach Mark Federico said the field is a testament to the legacy of St. Amant and his late wife, Marilyn, who was a fixture at both home and away games during their 58-year union.

“Lou is a treasure to the city of Monroe, northeast Louisiana and the state of Louisiana. I personally want to thank Scott McDonald and the passion he shared with me about naming the field after Coach St. Amant,” Federico said.

St. Amant is also a treasure in the River Parishes. He’s coached recognizable names such as Danny Roussel, Ernie Roussel and Kenny Roussel. One of his former athletes, Ken Vial, went on to have a tremendous softball coaching career at Hahnville High School. Yet, a piece of his heart will always remain on ULM’s baseball field.

“I’ve had a very good life working at this university. I still go out there about three or four times a week,” St. Amant said. “I’ve already heard some radio guys calling the field ‘The Lou.’ It’s funny how some things catch on real quick. It’s a tremendous honor, and I’m really pleased with it.”