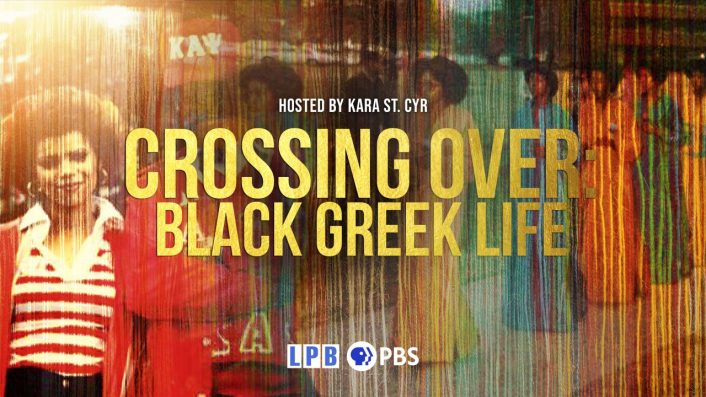 The mini-series airs during the weekly broadcast of the LPB’s Louisiana: The State We’re In

(Louisiana Statewide – October 3, 2022) – Louisiana Public Broadcasting (LPB) debuts a new four-part mini-series exploring the history and legacy of Louisiana’s Black Greek Organizations. Crossing Over: Black Greek Life premieres on LPB’s statewide network Friday, October 7 at 7:00pm during the regular weekly broadcast of Louisiana: The State We’re In. A new episode premieres every Friday throughout the month of October. In addition, the mini-series will air in New Orleans on WLAE-TV32 at 7:00pm and on WYES-TV at 7:30pm. On demand streaming will be available at www.lpb.org/lswi and at www.lpb.org/blackamerica.

Louisiana is home to many Historically Black Colleges and Universities (HBCUs): The Southern University System, with campuses statewide, Dillard University, Grambling State University, and Xavier University of Louisiana. Within each of these institutions you will find Black fraternities and sororities. It is through this lens that host Kara St. Cyr explores a variety of subjects including:

“Sororities and fraternities play a vital role in uplifting my community. It’s another beautiful layer of African American culture that many don’t understand,” says St. Cyr. “I’m ecstatic to tell this story from beginning to end.”

The LPB mini-series airs in support of a new four-part PBS documentary series from Henry Louis Gates, Jr., Making Black America: Through the Grapevine, premiering on LPB Tuesday, October 4 at 8:00pm. The series chronicles the vast social networks and organizations created by and for Black people. From the formation of all-Black towns and business districts to HBCUs, the series takes viewers into an extraordinary world that showcases Black people’s ability to collectively prosper, defy white supremacy, and define Blackness in ways that transformed America itself.

Working with Gates is series producer and director, Stacey L. Holman, a Dillard University alumnus. “Making Black America is not just about struggle. It’s about the beauty, the love, the joy and the laughter that African Americans created in spaces for us and by us,” said Holman.

About Louisiana Public Broadcasting
Since 1975, Louisiana Public Broadcasting has been the public television network for the state of Louisiana with stations in Alexandria, Baton Rouge, Lafayette, Lake Charles, Monroe and Shreveport. LPB is also affiliated with WLAE-TV in New Orleans. In addition to its award-winning documentaries about the history and people of Louisiana, LPB is dedicated to helping children throughout the state develop their literacy, math and science skills through its numerous educational outreach programs.