We, the family of Terry Michael Vicknair, are sad to announce his passing on March 13, 2022. 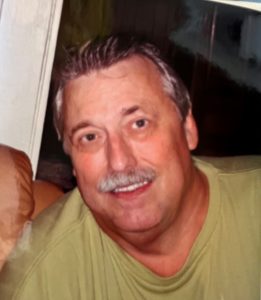 Terry was born on October 12, 1947 to John and Anna Rose Vicknair of Reserve, Louisiana. After graduating from Leon Godchaux High School, class of 1965, Terry went into the United States Navy where he served on the USS Forrestal during the Vietnam War. After returning from war, he lived in multiple states but finally resided in St. Albans, Vermont where he spent many of his years.

Terry held serval different leadership roles throughout his career. He spent his last 15 years working at the Department of Homeland Security at USCIS, where he retired in 2010 and moved to Rogers, AR.

Terry loved spending time with his family, especially his grandchildren. He will be remembered for how he made people laugh and brought joy to every conversation. His kind disposition and sense of humor will be missed immensely.

Services for friends and families were held on Saturday, March 26, 2022 in St. Albans, VT.

Louisiana always held a special place in Terry’s heart and it was his wish that family and friends would gather in a celebration of his life. Please join us Saturday, October 8th, 2022 from 12-4pm at the Knights of Columbus in Reserve, LA to honor Terry’s wishes. Food & refreshments will be provided.

In lieu of flowers, please consider making a donation to the American Heart Association in Terry’s name.