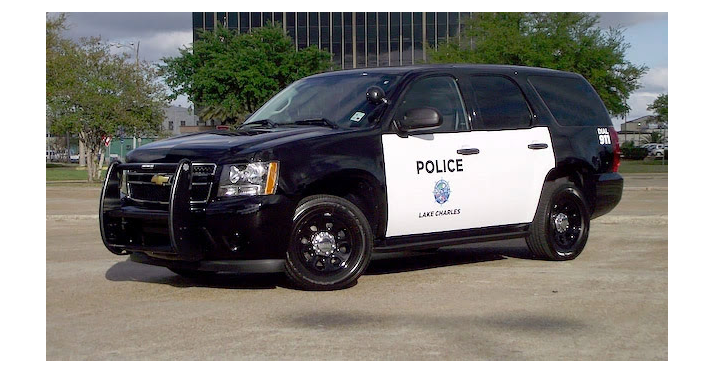 A kidnapping suspect was arrested Friday afternoon on Holly Hill Road by Lake Charles Police, who were assisting the Houston Police Department.

Deputy Chief Franklin Fondel said their office was notified by Houston police Friday morning of a blue 2018 Jeep Compass in the area believed to be driven by the kidnapping suspect.

LCPD SWAT along with Calcasieu Parish Sherriff’s Office SWAT, the Federal Bureau of Investigation and Louisiana State Police located the vehicle in the 2500 block of Golden Nugget Boulevard. Fondel said law enforcement officials could see two occupants, a male and a female, inside the vehicle.

No injuries to law enforcement officials or the public were reported as a result of this incident.

Fondel said officers apprehended the suspect from the driver’s seat of the vehicle and observed he had a gunshot wound to his right leg. Officers made contact with the passenger, the female kidnapping victim.

Through their investigation, detectives learned that as the suspect was fleeing from law enforcement, the 23-year-old female was able to grab the firearm, which went off, causing the suspect to suffer the gunshot wound to his leg.

The suspect was transported to a local hospital where he was treated and released into police custody.

The suspect has been identified as 36-year-old Gregory Datrell Strickland of Robert, La. He is charged with one count of possession of a firearm or carrying concealed weapon by a person convicted of certain felonies, one count of aggravated flight from an officer, and one count of second-degree kidnapping.

Judge Tony Fazzio set bond at $1.2 million. Strickland is being held at the Calcasieu Correctional Center.

Strickland also has two outstanding felony warrants out of Houston with charges of retaliation and continuous violation against the family (domestic).

This is an ongoing investigation. Anyone with additional information is asked to contact Sgt. Kevin Hoover at 337-491-1311.