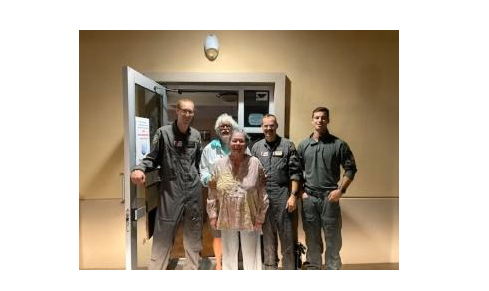 Coast Guard Sector Corpus Christi command center watchstanders received a call at 11:22 p.m. Sunday from a concerned spouse reporting her husband left their dock to fish at the entrance of the Arroyo Colorado near Green Island and did not return as scheduled.

At 2 a.m., the helicopter crew located the overdue boater on his vessel, which was aground near Green Island. The Dolphin crew hoisted the boater and transported him to the Port Isabel-Cameron County Airport in Los Fresnos, Texas, where his wife met him.

The owner of the vessel will arrange for its salvage.

“It’s essential to tell someone where you are going and when you intend to return prior to heading out on the water,” said Senior Chief Petty Officer Josuah Chears-Stevens, command duty officer, Sector Corpus Christi. “In the event of an emergency, that information can greatly aid our search and rescue crews in locating you, as it did in this case.”