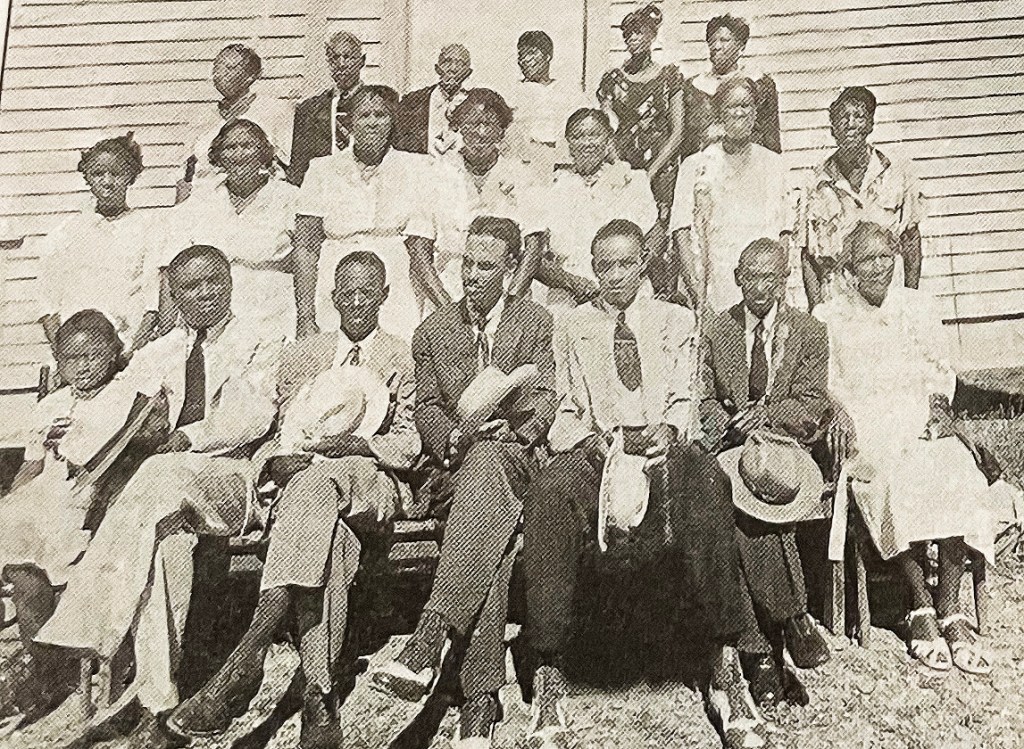 LAPLACE — Nearing her 82nd birthday, Willamease Batiste is honored to hold onto photos and memories that once belonged to her ancestors in the town of Wallace.

Willamease grew up on West Ninth Street in the family-oriented community known as Woodville. One of nine siblings, she is the daughter of the late Eurin Holland Sr. and Margaret Jackson Holland, who were born at the turn of the 20th Century.

The earliest industries in Wallace included a rice mill, a cotton gin, a nail factory, a brick factory and a sawmill powered by slave labor and operated at Evergreen Plantation. After the Civil War, land upriver from the plantation was set aside for the formerly enslaved individuals. An area that began as undeveloped marshland was divided into villages and split between the free men, who went on to raise their families and cultivate a strong sense of community along the West Bank of the Mississippi River.

Willamease’s paternal grandfather was among the men who obtained land in Wallace. According to Willamease, the ancestors were experts in building and brick masonry. Mentally and physically strong, they were also able to read and write. A strong farming tradition persisted in the area as settlers harvested sugarcane, pecans, rice and cotton. Often, they would take crops and sell them to other communities along the river.

Willamease remembers how stoves were stocked with stacks of wood from the Mississippi River. Trapping rabbits and hunting hogs was part of life, and food was always shared with others in the community. According to Willamease, slaughtering a hog was a community event that drew participation from the young and the old.

“If they had 10 rabbits, they were going to share that 10 amongst all of them. When they killed a hog, everybody had a part of that hog. When they cooked white beans, everyone had a meal to pass to their family,” Willamease said. “They shared with everyone, making sure every family had something to eat. I know it because I lived it. Other places were not like Woodville. Our people held together.”
Many families in Wallace made a living on the railroad system and on the river. Later on, the town became industrialized with the onset of the petrochemical industry. One of the major employers was Colonial Sugar Factory in Gramercy, where Willamease’s father worked.

Wallace had stores at the end of several streets, many of which allowed families to purchase goods on credit. Willamease’s favorite store was one that sold the most delectable black pepper sausage. Paired with tomatoes and mayonnaise on sandwich bread, it was a go-to dinner in her household.

As the community grew roots in the 20th Century, the ancestors had the foresight to prioritize education for the youth. They established several schools for the youth, starting from two-classroom schools with an auditorium to full facility buildings.

The people of Wallace were also very spiritual, establishing several small churches to provide a place for worship. Among these was the Greater Woodville Baptist Church, which Willamease’s family members poured their hearts and souls into building. The Woodville Baptist Church was fueled by the Woodville Benevolent Association, founded to take care of the needs of the families. The association offered private medical assistance and financial assistance to help support the families in need. Long after the organization’s chartering, the group has remained active in efforts to preserve and maintain the historic Woodville Cemetery, located near the base of the Veterans Memorial Bridge.

Willamease enjoyed a career as a special education teacher in St. John Parish, a vocation which she retired from in 1999. She believes her compassion for others is a byproduct of the love her ancestors had for one another.

“The people now don’t have love like those old people had,” Willamease said. “Those people, if they had bread, they would give you bread. People are different now. Everybody is dog eat dog now. During those days, everybody tried to hold onto each other.”