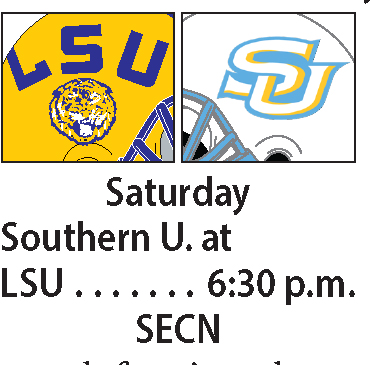 LSU’s best player was a non-factor in Sunday night’s 24-23 loss to Florida State while arguably the Tigers’ top defensive player is lost for the season after going down with an injury in the Seminoles’ opening drive.

Head coach Brian Kelly confirmed what was first reported Monday — and pretty obvious Sunday night — defensive tackle Maason Smith won’t return this season after tearing an anterior cruciate ligament after he jumped up and came down awkwardly on his left knee while celebrating a teammate’s tackle.

Wide receiver Kayshon Boutte has a chance to bounce back Saturday night in the Tigers’ historic meeting with crosstown Southern University after not catching a pass until the fourth quarter Sunday and finishing with two receptions for 20 yards.

“But it’s next man up … you got to count on other guys to step up and they did in the game.”

It’s a spot where LSU has depth for a rotation, but Smith was anticipating a true breakout season after shining as a true freshman last season.

Missouri transfer Mekhi Mingo took over Sunday and finished with six tackles, all solo. He also recovered the late fumble at the goal line that set up the 99-yard scoring drive the Tigers put together that could have tied the score with no time remaining if not for a blocked extra-point kick.

“Our defensive line rallied, played as well as they could,” Kelly said. “You certainly wouldn’t, after film studies, single that out as a reason for not having success.”

Mingo, he said, was one of the team leaders even as a backup.

“It is hard to compare anybody to Maason Smith, but Mikhi … what he does is extremely effective and now he obviously gets a bigger share of the work. It will be incumbent for others to step up as well.”

But for most of Sunday’s loss he looked frustrated and even disinterested at times.

He dropped one pass on the numbers and wasn’t looking when targeted on a third-down pass at the goal line. It cost LSU as the Tigers had a short field goal attempt blocked on the next play.

“He’s the least guy I’m worried about on our offense,” Kelly said, adding that he had a long talk with the junior from New Iberia. “His standards are so high and obviously it was a difficult day for him. It wasn’t his best, but he’s going to have great games.”

Kelly added that Boutte puts enormous pressure on himself and, as an instant star two years ago as a freshman, hasn’t had to deal with much adversity. Boutte apparently came under a lot of criticism from fans on social media after Sunday’s game.

“So he’s learning how to deal with that … hasn’t been in this situation before,” Kelly said. “He needs some guidance, so we spent some time and we worked some things out that will him handle the scrutiny — quite frankly the scrutiny was strong. He has handled it in a manner that he’ll grow from.”

HALF FORGIVEN: LSU will also be missing defensive end Ali Gaye for the first half of this week’s Southern game after the fifth-year senior was flagged for targeting in the second half Sunday for a hit on FSU quarterback Travis Jordan.

“I’m not giving Ali a pass on that targeting,” Kelly said. “If you look it up in the dictionary, that’s what targeting is. He’s got to be better. He knows that.”

Jordan, the target in question, was more understanding.

Jordan posted on social media Tuesday: “Much respect to Ali Gay for reaching out to me. I really appreciate that, and it shows what type of person he is. It’s part of football, and I wish nothing but the best for him.”

Louisiana Ranks Among the Least Educated States in the Country