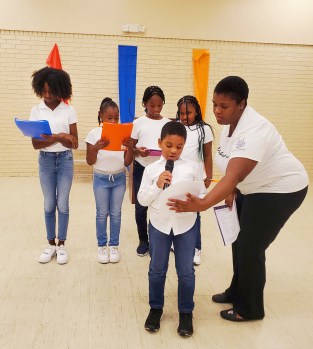 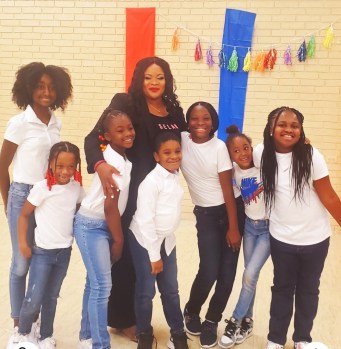 DONALDSONVILLE — Min. JaVon Ophelia Butler, MPA knows that The Performing Arts are bigger than moments shared on a stage.

On the heels of a successful Performing Arts Summer Camp held at the J.E. Thompson Center in Donaldsonville, Butler looks forward to expanding services to children in the River Parishes and beyond.

At the heart of the summer camp was an inspirational message that included the Mission of JaVon Ophelia’s ACT, (JOACT), that all children could relate to: “ACT Upon Your Dreams. ACT Upon Your Desires. ACT Upon Your Goals. ACT So That You May Acquire.” The Acting Instructor, Andrea J. Hollins, MPA, native of Maringouin, LA introduced students to not only acting, but also to the other components that happen behind the scenes which include wardrobe, staging, positioning and more. Children learned that the components of acting can apply to every area of their lives, whether they are on the stage, in the classroom, or spending time with loved ones in the home environment.

“They learned about expression, which is important for verbal and nonverbal communication,” Hollins said. “They learned about enunciation and how to project their voices to be heard clearly.”  The children became actors and actresses in a play called “A Positive Me,” written, produced and directed by Butler. “The play was about the effects of bullying, the impacts of peer pressure, and the importance of self-esteem and mental health. Besides the performing arts aspect, they learned moral and social skills,” Butler said. “For years, we’ve gotten feedback from principals, teachers and parents that when children partake in our program, their behavior is better at school. The Performing Arts can also help with anger, and giving children an outlet to express that anger can give them a sigh of relief and affect behaviors in a positive way. It’s the same with singing – singing our favorite songs can take us to a place that’s more positive.” Parents were invited to come out and view a showcase performance at the end of the summer program. JaVon Ophelia’s ACT, (JOACT), also introduced students to dance, including instruction in hip-hop, liturgical dance and other genres of the dance world. The Dance Instructor, MaKayla Wilson, native of Walker, LA was a phenomenal instructor for the dance component.

Caitlyn Scales, president of the Three O’Clock Project sponsored and supplied children with free, healthy lunches from Sprout’s Supermarket. While the recent summer program was held in Donaldsonville, Butler is preparing to expand the mentorship program to children in the River Parishes. She has previously surveyed the student population at East St. John High School and found that local children have a desire to participate in the program. Of those who were interested, 75% indicated a desire to learn more about acting, while 15% wanted to learn about dance, and 10% were interested in music.

More information about programming in St. James, St. Charles and St. John parishes will be released soon. Butler said St. John Parish residents should keep an eye out for two billboards going up soon in the area.

Those interested in having SeLah Productions, Inc., (SPI) partner with their school or after-school program, organization or cause should contact the information line at 225-623-9449 or go to www.selahproductionsincorp.org.