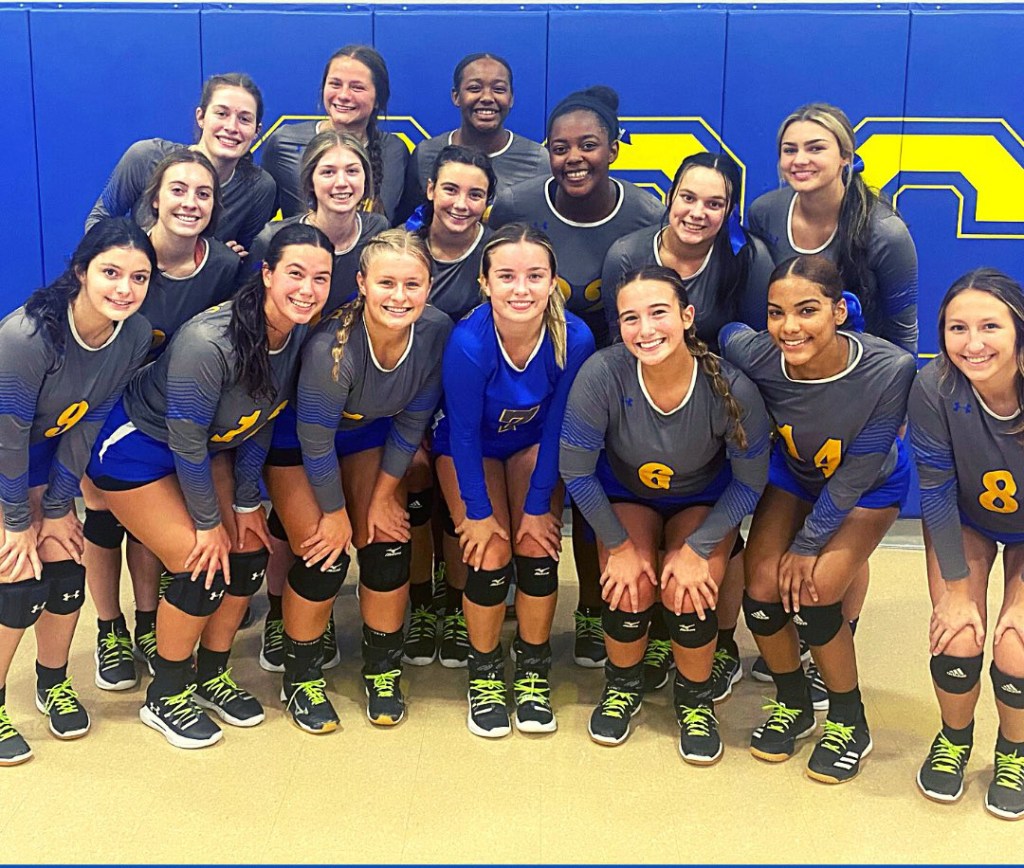 LAPLACE — Facing a tough pre-district schedule, the St. Charles Catholic volleyball team closed out the first week of the 2022 volleyball season with a big win against Ursuline Academy and losses to Isidore Newman and Haynes Academy.

Head coach Tricia Lowry is pleased with the effort she’s seen on the court, especially from the seven seniors who bring experience and leadership to this year’s team. The Lady Comets have found a talented senior setter in Sarah Beth Sirmon. Mya Brown is the middle, while Morgan Nuccio serves as opposite side hitter and Sydney Remondet and Shae Waguespack rotate on the outside. Seniors Camryn Triche and Asia Scioneaux serve as libero and defensive specialist, respectively.

Joining Scioneaux as defensive specialists are juniors Haley Scioneaux and Rylee San Andres. According to Lowry, another underclassman standout is freshman Adrienne Arnett, an outside hitter.

“We have some young ones on the team as well as a lot of experienced players. I foresee us getting into the playoffs. We’re shooting to go a little bit further this year than we have in the past. We’ve only made it to the second round, and I would really like to see us in Lafayette,” Lowry said.

Last Tuesday’s game against Newman understandably included some first-game jitters. While the match ended in a loss with scores of 15-25, 15-25 and 13-25, St. Charles Catholic stayed present in the game and put up a good effort.

It was a different story Wednesday evening when the Lady Comets hosted Ursuline Academy. St. Charles Catholic won the first set 25-16 before losing the next two 22-25 and 17-25. Determined to finish strong, the girls came back for the win, attaining the best three of five with subsequent sets of 25-23 and 15-13.

“We had a really good match, and we were able to get through some of the errors that were really getting us on Tuesday. They were able to correct a lot of those mistakes,” Lowry said.

Haynes Academy brought some big hitters to the Comets gym on Thursday evening. It was the third consecutive game day and the second loss of the season for St. Charles Catholic when the game ended with scores of 19-25, 10-25 and 20-25.

“You could see some of the tiredness and mental drain had taken a toll,” Lowry said. “They were so pumped up Wednesday that the lethargy and tired legs were starting to set in on Thursday, but they came back in that last game and were pushing them point for point. We just let them slip away in the end.”

The Lady Comets opened this week with a game against South Lafourche after press time on Tuesday. Thursday marks the beginning of the Dutchtown tournament, which will run through Saturday.

“We haven’t been in the Dutchtown tournament in quite a few years, so it will be nice to go back and play some different competition,” Lowry said.