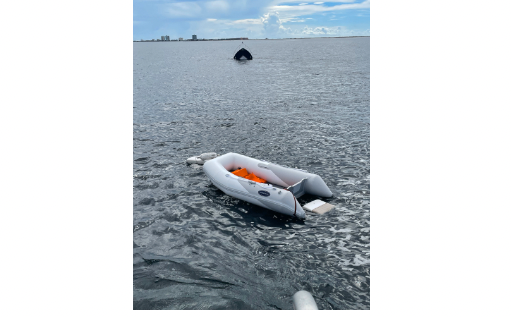 The boaters aboard fired two flares and inflated a dinghy as their vessel took on water.  The Response Boat – Medium boatcrew arrived on scene, rescued both boaters and brought them safely back to shore with no reported injuries.

“We strongly urge all mariners to wear life jackets, carry a VHF radio, and have a plan in case you find yourself needing assistance on the water,” Said Cmdr. Kathleen Sullivan, a Sector Mobile search and rescue mission coordinator.