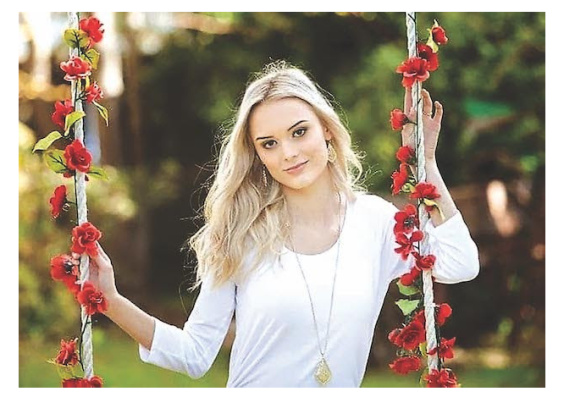 American Press
Fentanyl is a silent killer and no one knows this better than the family of 19-year-old Gabriella “Gabby” Nicole Hebert who died in March after taking a fentanyl-laced pill.

“It’s sad that death brings it out, but maybe something good can come out of something so tragic,” said Judy Hebert. “I just hope people get it and use it if they can’t beat it and get help. If we can save one life then we have done our best to honor Gabby.”

She was one of 10 people who died from fentanyl overdose in Calcasieu Parish that week, Jason Hebert said.

“We’re hopeful of it saving lives and doing something to make the dealers and suppliers less important in people’s lives,” Judy Hebert said.

Until August when State Rep. Dustin Miller’s bill was signed into law, fentanyl test strips and other testing devices were considered drug paraphernalia in Louisiana.

“Until then if you were arrested and you had possession of narcotics all the things that were associated with it would also be paraphernalia,” Sheriff Hebert said. “So to prevent that, so folks would not hesitate to get the strips to test it to ensure its safety, the law was created so that they will not have to worry about facing another charge.”

Sheriff Hebert said law enforcement is not condoning the use of illegal narcotics, but hopes the new law will help people know what they are using and help save lives.

The thin paper test strips can flag the presence of deadly opioids in other drugs, he said.

“Hopefully folks will have enough sense and ability to get the strips and test something before they use it,” Sheriff Hebert said. “ I don’t think the strips are going to test how strong it is, but at least you can see that it’s in there and maybe not use it. I’m sure there are going to be some that are not going to test or care and some may test and use it anyway, but it is a start.”

In the last few years, area law enforcement have seen an increase in use of synthetic opioids like fentanyl and drug-related deaths, Sheriff Hebert said. The cases are hard to track unless a criminal offense is involved, he said.

“Fentanyl has been around forever, it’s just recently that it is making its crazy spike,” he said. “It’s almost now to the point that every time you have an overdose you can almost bet it was fentanyl -related.”

Fentanyl is the drug of choice for drug users because it has a very intoxicating effect and is highly addictive, he said. It is also cheap and can be easily added to other illegal drugs without people knowing.

“Half the time they don’t even know it is in there,” Sheriff Hebert said. “They think they are getting crack or meth, but it’s just in there as a filler. The stuff we are dealing with is not legitimate at all.”

Users act differently to the drug, he said.

“What makes one person high, may kill another person,” he said.

Judy Hebert hopes the new law will make a difference and save lives.

“I know that addiction is a disease that you just can’t push away from,” she said. “I don’t know how many times we cleaned Gabby up and she even went to rehab…she looked really good the night before this happened.”

This was the second time Gabby had overdosed after taking a pill laced with fentanyl. She was resuscitated in April 2021 and vowed to change her life.

“She worried about wanting it again and she knew it was up to her,” Judy Hebert said. “She’d cry I don’t want to be an addict, but I’m always going to be an addict.”

Judy Hebert said if her daughter had access to testing strips, she might still be here today.

“There’s no way for a person to even know if (fentanyl) is in there because you can’t see it or smell it,” Judy Hebert said. “They just have to trust the person they are getting it from, which is another scary issue. Gabby got it from a friend, someone she knew,”

Gabby had been in a rehab in Biloxi, Miss. but had come home for the weekend for a doctor’s appointment on Monday.

“She looked really good,” Judy Hebert said of her daughter. “Her face was clear and she talked good. She really looked like she was clean. She was eating and cutting up with us. I thought she was in a good place.”

After having dinner with her parents, Gabby made plans to go shopping with her mother the next day, then went to spend the night at a friend’s house in Lake Charles.

“He got up to go to work early that morning and said she was awake and talked to him,” Judy Hebert said. “I guess she just took a pill to sleep the depression off. I never heard from her that day and she missed her doctor’s appointment. As a mother I had that bad feeling in my heart and gut and started texting her telling her to wake up.”

She later learned from a friend’s mother that Gabby had been found dead.

Judy Hebert said Gabby started experimenting off and on with drugs while in high school, first with marijuana and turned to pills after graduating from high school.

“She started modeling when she was 14 and stayed busy with that and stayed clean because she knew she had to,” Judy Hebert said. “In 2018, she started dabbling again, messing with the wrong pills and crowds.”

She repeatedly tried to stop and had moved from Louisiana hoping to turn her life around just months before she died.

“She’d sleep with us as old as she was, throwing up her guts and shivering and just getting clean,” Judy Hebert said. “She knew she would come home to that and as many times as we threatened to kick her out, our love gave her comfort in knowing she could come back home and get clean. She knew what she needed to do, but she couldn’t fight it.”

Judy Hebert urges parents to talk to their children about drugs and get them help when its needed.

She still remains in contact with Gabby’s friends, many who have their own drug problems.

“I talked to some of them the week she died and I told them, ‘Do you see my face? This is the face of a mother who just kissed her baby for the last time with her head sticking out of a body bag. Please don’t put your parents through this.’ I wouldn’t wish this on my worst enemy,” she said. “I have to keep believing that God is bigger than the Devil. The Devil’s going to try to keep winning with all these suppliers that are under him, but we have to keep fighting.”