Riverside coming back after 3-5 season 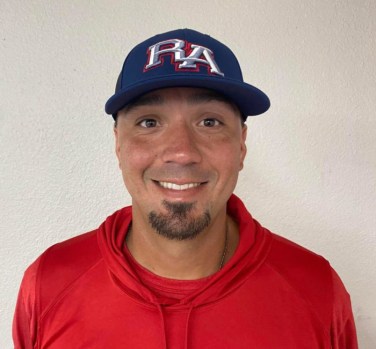 Lee Roussel is entering his first season as the head football coach at Riverside Academy. (Photo from The Rebel Express).

Riverside Academy traveled to South Terrebonne for a scrimmage against Ellender on August 19.

RESERVE — Riverside Academy will be looking to improve after a 3-5 season in 2021.

Roussel is in his first year as Riverside’s head coach after spending the last seven years coaching the offensive line for Nicholls State University.

Scott White will play tight end and outside linebacker.

Roussel said that with those three guys on defense, they’re going to be a problem to block.

Elijah Davis was an all-state running back last year.

“He’s a three-year starter if I’m not mistaken. They leaned on him last year and we’ll lean on him too,” Roussel said.

“He’s one of our faster guys,” Roussel said. “He’s a multi-sport guy. He plays basketball and track. He’s taken on a leadership role the last couple of months and I think he’ll have a really good season.”

Quarterback Luke Hymel started last year and he is the starting strong safety.

Roussel said that Hymel is a dual-threat player that can run and throw.

“He’s a strong kid,” Roussel said. “We’ll run him a little bit. He’s had a good summer. He’s done some good things in seven-on-seven. I think you’ll see improvement in him senior year.”

Manny Franklin is a slot receiver.

“Small in stature, but really explosive. We need to get him the ball in space,” Roussel said.

Riverside Academy will start the season on September 2 against