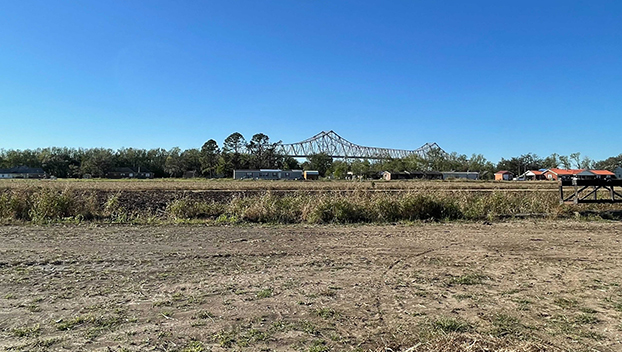 The land purchased for the development in a grain terminal in Wallace was zoned as industrial more than 30 years ago by what local nonprofit The Descendants Project has called a corrupt ordinance.

WALLACE — Finding no error in the trial court’s May 2022 judgement, the Louisiana Fifth Circuit Court of Appeal upheld Judge J. Sterling Snowdy’s ruling that the Descendants Project can continue its battle to block the construction of a grain terminal in Wallace.

The Descendants Project is suing St. John the Baptist Parish, challenging the validity of an ordinance that rezoned a tract of farmland in Wallace from residential to industrial in 1990.

Working with the Attorney Pam Spees of the Center for Constitutional Rights, twin sisters Jo and Joy Banner of The Descendants Project filed a writ of mandamus against St. John Parish on November 21, 2021.

Greenfield Louisiana, the company bringing the grain terminal to Wallace, intervened in the lawsuit in December 2021 and filed a peremptory exception of no cause of action.

Greenfield’s exceptions were denied in a written judgement from Judge Snowdy on May 10, 2022. Greenfield then sought review of the trial court’s ruling through the Fifth Circuit Court of Appeals. A three-judge panel composed of Susan M. Chehardy, Stephen J. Windhorst and Hans J. Liljeberg denied Greenfield’s writ application.

A Greenfield spokesperson referred to the Fifth Circuit decision as procedural and expressed a commitment of the company to continue working toward bringing “good paying green jobs and economic development to the West Bank.”

The lawsuit against St. John Parish revolves around the 32-year-old Ordinance 90-27. Representatives of the Descendants Project, a nonprofit advocating for descendants of people once enslaved in the River Parishes, say the residents of Wallace are now faced with the construction of a grain elevator in their quiet community as a direct result of an injustice that happened more than three decades ago.

On April 25, 1996, former Parish President Lester Millet Jr. was sentenced to 57 months in prison after being convicted of extortion, money laundering and violation of the Travel Act in connection to his efforts to assist Formosa Plastics Group in locating a rayon pump facility in Wallace. At the time, the Court of Appeals cited that these efforts included convincing nearby property owners, through illegal means, to convey their property to Formosa.

Plans for the facility eventually fell through, but not before the Wallace tract was rezoned for industrial use in April 1990, the same month Formosa completed the purchase of the land. The rezoning has remained on the books, and the land has since been used for farming sugarcane.