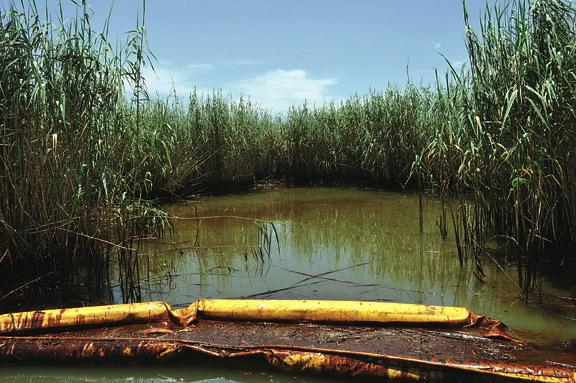 (The Center Square) — The Public Affairs Research Council of Louisiana is warning about the “coastal fiscal cliff” looming a decade from now, when money for coastal work from the Deepwater Horizon oil spill dries up.

A PAR report published on Monday highlights what the end of the settlement for the 2010 oil spill will mean for Louisiana’s Coastal Protection and Restoration Authority and coastal restoration work that’s critical for southern parishes.

“The state’s Coastal Master Plan currently relies heavily on dollars stemming from the Deepwater Horizon oil spill in 2010 that devastated Louisiana’s coastal ecosystems by spewing millions of gallons of oil into the Gulf of Mexico,” according to the report. “Because of the widespread environmental damage, Louisiana received $8.7 billion in settlement and recovery dollars, much of it divvied up from 2017 through 2031 and most of it allocated to coastal work.”

PAR explained the money from the oil spill settlement is the most sizable, dedicated source of funds for Louisiana’s coastal restoration work. The state received $5 billion in civil penalties for natural resource damage, more than $1 billion from Clean Water Act penalties and nearly $1.3 billion in criminal fines.

Other funding sources also contribute, such as federal revenue sharing from oil and gas production through the Gulf of Mexico Energy Security Act of 2006, as well as taxes on fuel, fishing equipment and boats, but those funding sources fluctuate based on factors the state cannot control.

“Louisiana is projected to receive $77 million this budget year and $90 million next year from (GOMESA), according to the state’s coastal authority. But federal decision-making about offshore oil and gas drilling, such as moratoriums on Gulf leasing programs, impact this significant revenue stream,” according to PAR.

Other funding sources include mineral revenues tied to oil and gas prices, expected to generate about $13.4 million this year, and revenues from the 1990 Coastal Wetland Planning Protection and Restoration Act. The latter is reliant on fuel taxes, fishing and boat purchases, and federal policy decisions.

“Those three financing sources are the only certain, sustainable money available for coastal restoration

and protection when the oil spill money disappears,” PAR reports “The dollars from the criminal fines and plea agreements are projected to run out around 2026. Then, the remaining settlement and recovery cash — about $367 million received each year— ends in 2031.”

PAR is encouraging Louisiana lawmakers to begin planning for the loss in revenue now to ensure the state’s coastal work remains on track.

“Targeted deductions of surplus dollars and other short-term cash into Louisiana’s coastal trust fund could be a start, but that clearly won’t be enough,” according to the commentary. “The state’s economic viability and the survival of its southern parishes depend on the financial decisions elected officials will make to close that gap.”