Lightning and trees, all we can do is wait and see what happens 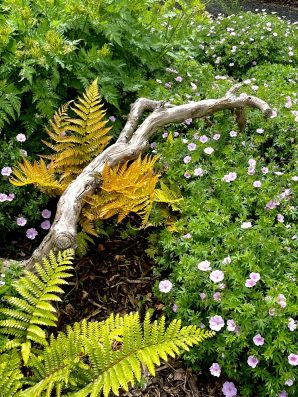 Who doesn’t love the earthy smell pulled from the ground by low pressure just ahead of summer thunderstorm? Yet it also signals the likelihood of dragging limbs away later, as lightning and gusty winds wreak havoc with large trees.

While lightning often dissipates harmlessly into the ground after running down rain-wetted bark, causing no damage at all, or zap a tree dead as a fencepost without a mark, it can blow trees apart or leave ribbons of bark stripped away by the high pressure of vaporized sap.

Not that lightening is automatically a death sentence; though trees are killed outright or slowly succumb to internal decay started by open wounds, many grow new bark over the damage and live long and healthy lives. So, when it comes to lightning and trees, all we can do is wait and see what happens before making a decision about what to do, if anything; more on this later.

How about limb breakage? Big limbs on older trees develop tiny cracks from heavy wind and ice loads, which often get infected with wood-decay fungi; several hundred pounds of weight per limb from branches, twigs, and leaves filled with water can bring down an old limb on a perfectly calm summer day. Species with narrow limb angles, like pecans, are more prone to this.

About all you can do is drag away whatever falls. More on this in a minute.

Same thing with trees with any internal decay. Doesn’t matter what it was caused by – string trimmers, old wounds, bad pruning, root rot, or crushed or cut roots – there is telling how it will affect the tree, and no effective treatment other than removing dead and weak limbs.

Here’s my best solution, which some super-neat folks will instantly reject: Unless a tree is a threat to life or property, leave it in place. Neighbors will notice, but you can start by explaining that leaving it up is economical, and lead into a conversation about the importance of helping urban wildlife. In forest ecology a dead tree left standing is called a “snag” and provides crucial nesting and food sources for many dozens of important creatures including owls, flying squirrels, native and honeybees, beetles, lightening bugs, and everything that they eat or are eaten by. Which is needed even more in town.

Instead of seeing a solitary dead tree as negative, celebrate it. Let it fall apart slowly. Drag fallen limbs and logs around it. Tie them up in a gnarly tapering stand, show deliberate intent with colorful birdhouses or vines. Line shaded areas and footpaths with limbs. Other words, create a purposeful naturalistic scene, called a “stumpery.” Done forever in small gardens, this has become quite a trend in botanic gardens and high-end flower shows like Chelsea and Floriade.

The conversation-starting stumpery in my own garden started in a shaded area as a water feature beside an old stump, and I just kept leaning twisted, gnarly limbs against and around it. Added driftwood and planted ferns, hosta, striped liriope, iris, and others “woodsy” perennials. You can see photos of this and other amazing stumperies by typing the word into the search box at felderrushing.blog.

Mine “grows” after every windstorm, fed with driftwood and the snags I drag home in my truck from neighbors’ curbs. It’s a living decaying scene, a little slice of real nature that looks good and is an inviting habitat for woodland plants and entertaining critters.

Dead or dying tree? If you can, leave it be. Fallen limbs? Drag them there. It’s a win-win for your garden and nature.