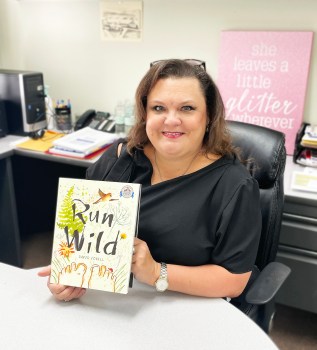 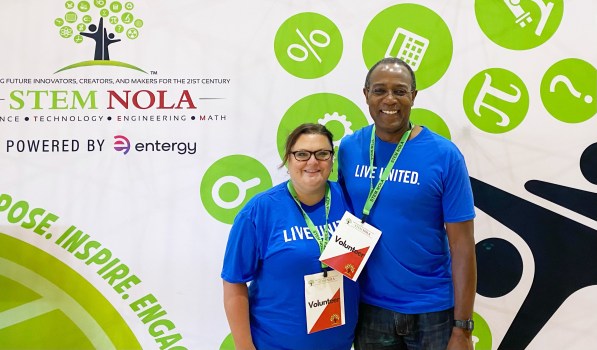 LAPLACE — In a span of six months, Dolores Montz found her world shaken to its core. Not long after her husband was diagnosed with cancer, they lost their family home to Hurricane Ida’s wrath. In February 2022, she lost her career in education as a result of corporate cuts.

A light was waiting at the end of the tunnel. In June 2022, Montz began her dream position as executive director of St. John United Way.

She realized along the way that life’s pressures can either lead to a breaking point or the creation of something beautiful.

“I thought about the four ‘c’s of a diamond: cut, clarity, color, carat. I compared it to the four ‘c’s of corona, (hurri)cane, cancer and being cut from a job. What makes a diamond? It’s pressure,” Montz said. “I made a promise to myself that when the perfect job came along, I would know that’s where I am meant to be. That’s how I feel about St. John United Way.”

Montz is a lifelong resident of St. John Parish and the first St. John United Way director in more than a decade to live and work in the community. She’s instilled in her children that there’s always a way to give back, and she’s ready to empower the community to take on grassroots projects that align with their passions.

Montz worked alongside her mother, Loretta Webre, on the Pillowcase Project beginning in the aftermath of the 2016 floods. In 2020, more than 1,700 new pillows and custom-sewn pillowcases were shipped to Hurricane Laura survivors in the Lake Charles area.

In the aftermath of Hurricane Ida, Montz worked with John Leblanc of Gramercy to put together a list of volunteers and resources for water, tarps and other immediate needs.

Montz and her husband, Steve, have been involved in the community through Little League. They have supported various benefits to help friends and neighbors, and they found the same outpouring of love from the River Parishes during Steve’s time of need.

“In the River Parishes, we jump in feet first to help our neighbor, and that’s what it’s all about. If we don’t help our neighbor, who will? It’s very important that we are there for each other, especially in this last year,” Montz said.

Before coming to St. John United Way, she worked closely with United Way of St. Charles as a plant liaison. She’s now getting a behind-the-scenes look at operations, from volunteerism to approaching corporate entities about their grant-giving processes.

According to Montz, St. John United Way is unique because it is its own entity with its own board, as opposed to being grouped into a larger region. The organization works closely with people and businesses who directly impact St. John Parish, included Second Harvest Food Bank, the Greater New Orleans Therapeutic Riding Center, the St. John Ministry of Care, Special Olympics, New Wine Christian Fellowship and community theater organizations.

St. John United Way will assist with the Blessed to Be a Blessing Backpack Extravaganza on July 16. Montz is also excited to take part in a St. John STEM Fest scheduled for July 30 at REGALA Gym.

As an educator of nearly 30 years, Montz is especially excited to spread awareness of Dolly Parton’s Imagination Library, a free program administered through United Way.

Through the free program, every child in St. John Parish from birth to age 5 is eligible to receive a book once a month, regardless of the family’s income. Families can register their children at stjohnunitedway.org.

“Emergent literacy rests on the three pillars of what United Way is all about: health, education and financial stability,” Montz said. “Study after study has shown that children who are read to at a very young age actually do better in life. They have compared ACT results between children who have been read to and children who haven’t, and the gap is huge. This is one way United Way can help close that educational gap.”

This year marks St. John United Way’s 50th anniversary. Over the past 10 years, the organization has given more than 100,000 books to children in St. John Parish.

Arcuri looks forward to seeing how Montz aligns the community for growth in the aftermath of COVID closures and Hurricane Ida damage.

“She has a great sense of community. I know her from volunteering with other organizations. She is educated, knowledgeable and energetic,” Arcuri said. “When we interviewed her, she had ideas on how we can do more for this parish through growing St. John United Way. She understands the parish has an East Bank and a West Bank, and she understands the diversity of residents. We are already feeling her energy and passion for the job!”

Liz Brady, a longtime member of the St. John United Way team, said, “We are fortunate to have Dolores join our team! She is an amazing asset, and I look forward to working with her.”

As executive director, Montz hopes to encourage boots on the ground volunteerism that has been lacking since the start of the COVID-19 pandemic. She also wants to get the word out that even small donations such as a dollar a week can make a difference.

“It’s amazing what you can do with 5,200 pennies. It might not seem like a lot, but for a child without a backpack, it means the world,” she said.