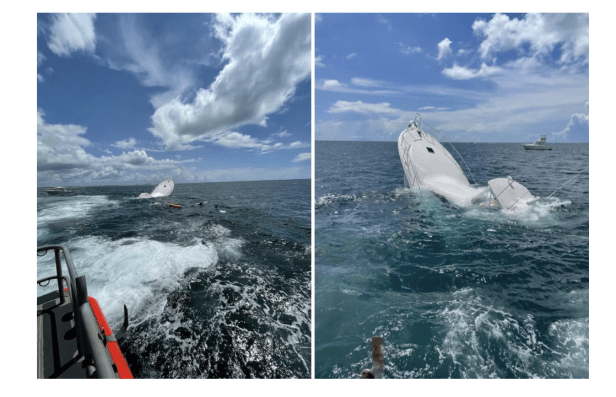 Watchstanders at Coast Guard Sector Mobile received a mayday call at 10:47 a.m. from the 50-foot Sport Fisher Slow Motion. The recreational vessel reportedly ran aground, with all nine boaters aboard abandoning the vessel. Watchstanders diverted a 45-foot Response Boat — Medium boatcrew from Coast Guard Station Pensacola that was already patrolling the area.

The Pensacola boatcrew arrived on scene at 10:56 a.m., recovered all nine people out of the water and transported them back to Big Lagoon State Park in Pensacola.

All nine boaters were reported with no medical concerns.