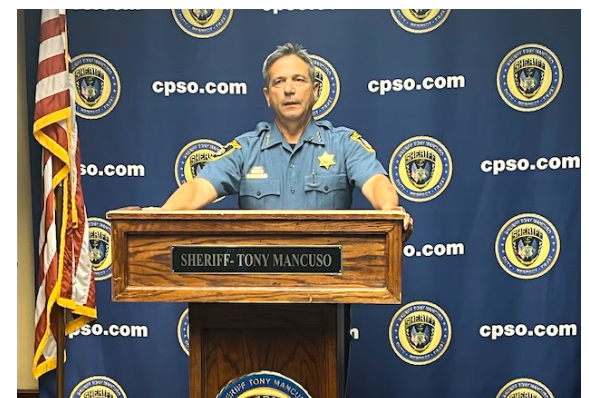 A Lake Charles homeowner fatally shot an intoxicated McNeese State University student Monday night who appears likely to have mistaken the residence for his own, authorities said.

“The homeowner was asleep and was startled because there was somebody at the front door trying to get in,” Mancuso said. “The homeowner eventually comes out of the house with a gun, walks around the front of his house and sees a male subject in his garage area and confronts him.”

Mancuso said video surveillance at the home shows the homeowner telling the man to get out, but the man — later identified as Joseph Tezeno, 21, of Lake Arthur — instead walked toward the homeowner.

“He shot into the ground, basically a warning shot, but Mr. Tezeno continued to come toward him and the homeowner shot him twice, which resulted in his death.”

“We don’t believe that this person was truly trying to break into this house, we believe he was extremely intoxicated,” Mancuso said. “By all accounts he’s a really good kid, a student at McNeese, who just had too much to drink and went to the wrong house.”

Mancuso said at this point in the investigation, the homeowner is not being in charged.

“In Louisiana you have the right to defend your home and yourself, and that’s what we believe he was doing. Unless something changes, the video evidence supports that. He didn’t know the man, but he believed he was trying to do him harm and break into his house.”

Anyone in the area who may have security footage from the day of the shooting is asked to call 337-491-3605. Det. Lauren Manuel is the lead investigator on this case.