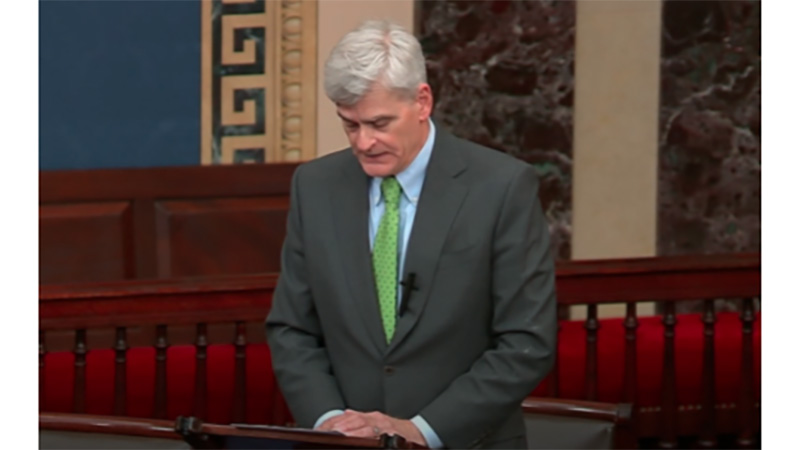 “As we responded to Uvalde, my priorities were to protect law-abiding citizens’ Second Amendment rights, to provide mental health to help prevent future episodes like this but as well as to address issues such as teenage suicide, and to harden schools,” said Dr. Cassidy. “This bill does all three. Indeed, it has stronger protections for Second Amendment rights for the law-abiding than current law because if a state decides to pass a red flag law and wishes to have federal financial support, it must be stronger due process protections than currently exist.”

National District Attorneys Association: “The bipartisan package includes measures that not only address the use of firearms by criminal actors, but also recognizes the need to address the root causes of mental health challenges while also strengthening the ability of law enforcement to protect schools… We strongly urge the Senate to move swiftly on this bipartisan package.” (President Billy West, National District Attorneys Association, 7/23/22)

National Association of Police Organizations: “This bill contains robust due process and legal protections for citizens to ensure that no individual who has the legal right to own and possess a firearm can be denied that Constitutional right… the Safer Communities Act will indeed help make our communities safer.” (National Association of Police Organizations, 6/23/22)

National Association of School Psychologists & 99 Other Mental Health and Education Groups:“As national experts and advocates coming together as a coalition, we are grateful for the thoughtful, bipartisan efforts in response to the many tragedies our country has experienced including the recent tragedy at Robb Elementary in Uvalde… All these evidence-based investments are necessary to avert preventable tragedies in the weeks, months, and years to come.”  (100 leading mental health and education groups, 7/23/22)