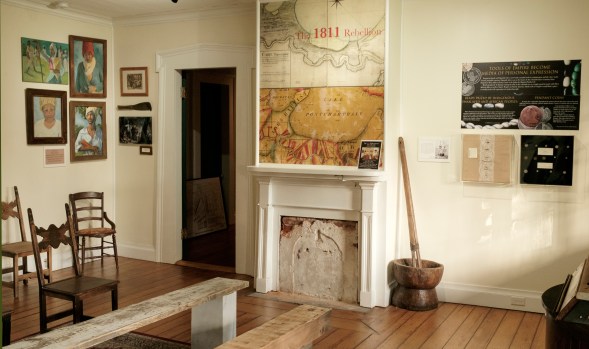 The 1811 Kid Ory Historic House in LaPlace contains an exhibit on the Slave Revolt of 1811, which originated on the plantation’s grounds. (Photo provided by John McCusker) 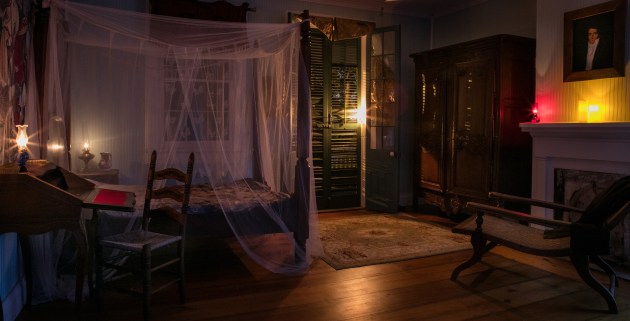 A room inside the 1811 Kid Ory Historic House is decorated in period furniture to emulate what Manuel Andry’s bedroom might have looked like. (Photo provided by John McCusker)

LAPLACE — Many details of what happened during the Louisiana Slave Revolt of 1811 are lost to history, but two major historic structures along the route of the revolt contain key information to piece together the events.

The 1811 Slave Revolt began on a rainy January night at the plantation of Manuel Andry in St. John the Baptist Parish, now known as the 1811 Kid Ory Historic House.

John McCusker, the founder and managing director of the 1811 Kid Ory Historic House, researched the life of Edward “Kid” Ory, an American jazz composer who was born there, for 15 years before stepping foot on the property.

The man who owned the property called McCusker to ask if he wanted to start a Kid Ory museum.

“But they also discovered that the original Andry house was within this house, so that meant that I had to tell the 1811 story,” McCusker said. “That gave me pause in a moment of humility because I hadn’t done the research for that. Everything about Kid Ory, I know.”

From there, McCusker began the difficult work of researching the 1811 Slave Revolt. Along with acting as an homage to the life of Kid Ory, the 1811 Kid Ory Historic House has two rooms dedicated to the revolt.

“With the 1811 rebellion, the only sources we have are the narratives of the people who put it down,” McCusker said.

Part of the 1811 exhibit in the Kid Ory Historic House is a four-minute film from the perspective of Charles Deslondes, the Black slave driver who led the revolt.

Along with the film, there is an exhibit in a connecting room decorated in period furniture to emulate what Manuel Andry’s bedroom might have looked like. This is the room where Andry would be wounded and his son killed.

“We think that a lot of the questions that can be asked about the rebellion can be asked all really based around what happened in this room,” McCusker said.

The trail of slave revolt spans between LaPlace and Kenner, but it is thought that prior to their capture, the slaves were marching toward New Orleans.

“In the coming days and weeks, all of these other folks are rounded up. They hold trials in Destrehan and New Orleans, and eventually, all of these folks are executed and beheaded and their heads put on pikes between here and Jackson Square,” McCusker said.

Another major structure on the 1811 Slave Revolt trail is Destrehan Plantation.

“There were four main trials, the largest of which were held here. Jean-Noël Destréhan was one of the presiding judges over it. We’ve got all of that in our exhibit,” said Brenda Benoit, heritage education coordinator at Destrehan Plantation.

“The enslaved from this plantation were not tried here; they were tried in the city,” Benoit said. “That way there was no bias one way or another.”

Since the revolt was unsuccessful, little is known about what the end goal could have been if the enslaved had reached New Orleans.

From incomplete lists of the slaves involved to the lack of information on Charles Deslondes, the leader of the revolt, the exhibits at the 1811 Kid Ory Historic House and Destrehan Plantation do what they can to highlight an event that is shrouded in mystery.

For more information on the Louisiana Slave Revolt of 1811, visit https://www.the1811slaverevolt.com/.