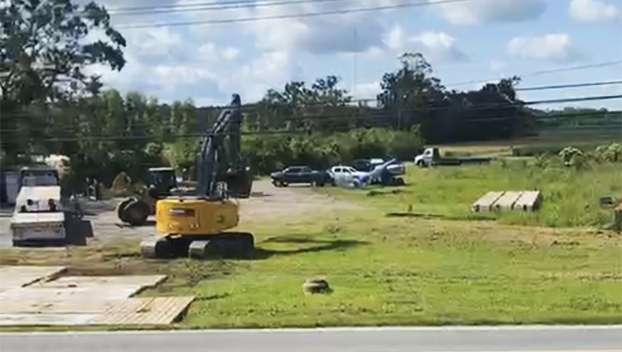 Pre-construction work began this week for the development of a grain elevator on the Greenfield Louisiana site in Wallace.

WALLACE — Pre-construction activities including pile driving began this week on the site of a planned $400 million grain elevator in Wallace.

Twin sisters Jo and Joy Banner, founders of The Descendants Project, are continuing efforts to stifle the development of the grain terminal through a lawsuit against St. John the Baptist Parish that challenges the zoning of the property for industrial use.

Joy Banner said last week’s hearing was an attempt to protect the potential burial grounds of enslaved ancestors from being disturbed by pre-construction activities on the Greenfield site, located near Whitney Plantation.

Environmental justice advocate and researcher Imani Jaqueline Brown was present via video chat during last week’s hearing. Since primary source documents from the antebellum period did not often include spatial information, Brown used historic aerial photographs and a process called cartographic regression to identify topographical features in a 60-kilometer area. This process was used in 2020 to identify the presence of burial grounds on the Formosa Plastic site in St. James Parish.

“What we came to understand is that in the decades after the Civil War, topographical features of plantations seemed to disappear,” Brown said.

Brown added that groves of trees have been associated with the presence of antebellum cemeteries in the region, and this form of burial practice may be considered a Pan-African tradition.

“When we look at historic aerial photographs of this region, we are able to see where there were groups of trees that have been removed,” Brown said.

“The court’s decision is a win for the people of the Parish who will benefit from the jobs, opportunity, engagement and revenue that Greenfield will bring to the community,” said Louis E. Buatt, legal counsel for Greenfield Louisiana.

Greenfield Louisiana’s export grain facility is expected to receive grain primarily via barge and export grain via oceangoing vessels. No new smokestacks will be built, and the facility will not process crude oil, natural gas or chemicals.

According to Greenfield, the development of the terminal will create 100 direct local jobs and 500 indirect jobs.

“This was just another procedural attempt by a vocal few to hold up a project that is anticipated to have immense benefit to the community,” Buatt said.

The Banner sisters and Attorney Pam Spees of the Center for Constitutional Rights still believe in the potential of burial grounds on the Greenfield site, stating that unmarked gravesites were a byproduct of the oppressive system of slavery. Spees additionally noted that Greenfield has not allowed plaintiffs access to the site.

Joy Banner said the denial of the temporary restraining order has energized her to fight even harder.

“We have asked the Corps of Engineers to issue a cease and desist,” she said. “We are still encouraged by our lawsuit. In the meantime, we are doing everything we can to prevent destruction of any of the antiquities and graves that could potentially be on that site.” 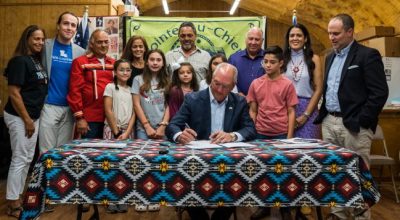 Coroner’s Update: COVID surge in May was much milder…