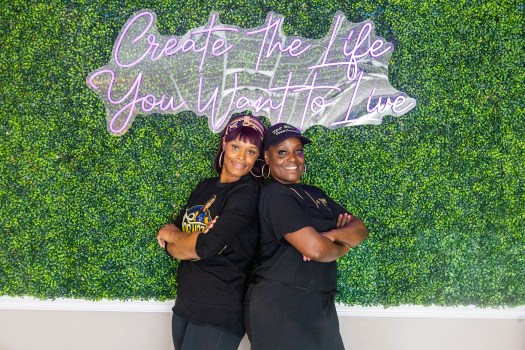 A live R&B band performs during the inaugural Juneteenth Festival in LaPlace. Music will once again be a focus this year. 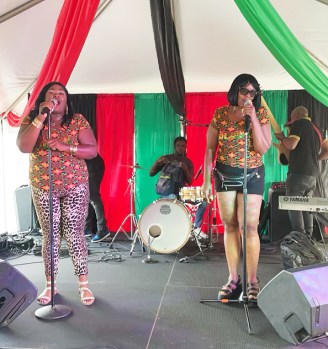 The Juneteeth Festival and grand opening celebration will take place from 2 to 8 p.m. Sunday, June 19. The public is invited to join a “Gospel Extravaganza” paying tribute to a pioneer in the St. John the Baptist Parish faith community. The event will also feature a live band, merchant vendors, African dancers and traditional Creole dishes.

Top Notch Creole Creations owner Kita Harry wants to see the festival to grow larger each year.
“We need to know where we come from and the many opportunities we have now, and we need to take advantage of those opportunities. We need to know our history and how far we have come as a Black community,” Harry said. “Each year the festival will be bigger and better because it gives us an opportunity to come together and learn about our heritage. It’s a way to get together, have fun and revitalize the community in the wake of all that has been going on.”

Kita Harry hosted the inaugural Top Notch Juneteenth Festival in LaPlace in 2021. The event honored retired 40th Judicial District Judge Madeline Jasmine as a pioneer of the local African American community who broke barriers in the justice system. The event coincided with the opening of Harry’s food truck.

Opening a brick-and-mortar restaurant was a long-term goal that came to fruition much sooner than expected when an opportunity arose following Hurricane Ida. It was also an opportunity for Harry’s mother, Karen Gordon Williams, to retire from her 30-year career on construction sites and become the head cook for Top Notch Creole Creations.

Much like the Juneteenth Festival, the time-tested recipes at Top Notch Creole Creations Restaurant are rooted in tradition. Each delightful dish continues the legacy of Harry’s grandmother, the late Rosemary Gordon.

“A lot of the recipes derive from my grandma. Out of the entire family, my mom cooks most similar to her,” Harry said.

Williams grew up as the baby in a family of 16 children. To this day, she remembers sitting in the kitchen as a child and watching her mother cook dinner at the stove. Years later, Williams was the young mother cooking the same recipes for her children.

Rosemary Gordon passed away at the age of 85 in 2005, but now the St. John the Baptist Parish community knows what it feels like to sit in her kitchen and enjoy a homemade meal.

“Everyone down here in the LaPlace area is hearing about it and coming over. This is where the good food’s at. That’s what everybody is saying,” Williams said.

“I’m excited that this year we will have a menu pertaining to Juneteeth,” Williams said. “We’ll have fresh okra, mustard greens, oxtail, and all the vegetables are fresh out of the garden. I don’t do anything from the freezer.”

Food, music and faith have been at the center of the Black community for generations, even during slavery and the Reconstruction era that followed.

Harry selected gospel as the focus for the second annual Juneteeth Festival because the church has played a major role in her Journey.

“The church has introduced me to many people that I admire and that have contributed to where I am in life right now,” she said.

For vendor information or to take part in the second annual Juneteenth Festival, contact Harry at 504-352-0261.