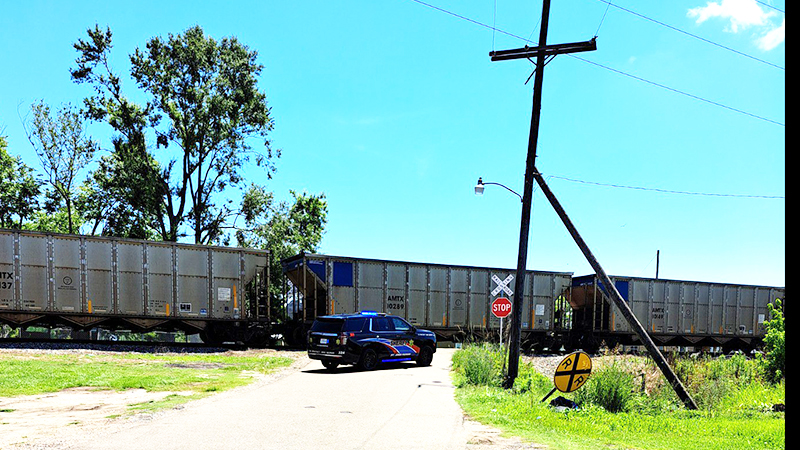 A police unit blocks access to the railroad where a train was stopped following a fatal accident on June 4 in LaPlace.

LAPLACE — Damonisha Davis, a 20-year-old resident of Reserve, succumbed to her injuries after being struck by a train in her vehicle on Saturday, June 4.

At approximately 1 p.m. Saturday, the St. John Parish Sheriff’s Office Traffic Division responded to a call for service of a vehicle versus train near the intersection of Captain G Bourgeois Street and Spruce Street in LaPlace.

Preliminary investigation revealed Davis was operating a 2014 Red Ford Focus when she approached the railroad tracks northbound from Spruce Street. According to police, Davis failed to stop at the stop sign at the railroad crossing and attempted to cross the tracks before being struck by a train.

Davis was unrestrained at the time of the crash and was ejected from the vehicle. She was transported to an area hospital but ultimately succumbed to her injuries.

As of Monday morning, police say the investigation is ongoing.