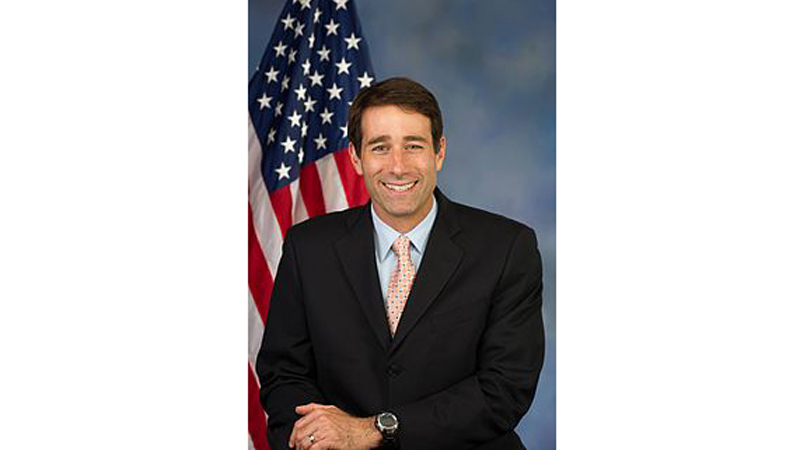 The Oct. 14, 2023, gubernatorial primary is a long way off, but there is beginning to be some early election campaign stirring. U.S. Rep. Garret Graves, R-Baton Rouge, has to run for re-election to Congress this fall, but he admitted he’s thinking about the 2023 governor’s race.

U.S. Sen. Bill Cassidy, R-Baton Rouge, is also considering a run for governor, according to news reports in late-March. Moderate Democrats and Republicans apparently think Cassidy would be a good candidate.

Graves told the Lafayette Daily Advertiser, “I’d be lying if I said I haven’t thought about it.” Graves, 50, said in an interview with USA Today Network, “I’ve had hundreds of (people) —probably approaching 1,000 — who are encouraging me to run. But right now I’m focused 100 percent on my campaign and my job now in Congress.” He is in his fourth two-year term.

That situation could change depending on what happens in court where the state’s congressional redistricting map is being challenged. Gov. John Bel Edwards vetoed the plan, but legislators overrode his veto.

The U.S. Supreme Court in January didn’t change Alabama’s redistricting map, ruling a decision would be too close to that state’s primary election. It will hear the Alabama case in the court’s next term, and the same thing could happen in Louisiana.

We have been hearing for a long time that three Republican state officials are likely governor candidates. They are state Attorney General Jeff Landry, Lt. Gov. Billy Nungesser, and state Treasurer John Schroder. State Sen. Sharon Hewitt, R-Slidell, has also been mentioned as a possible candidate.

USA Today said it’s clear that Graves, though reluctant to put himself in the field, isn’t impressed with the current lineup. He said he believes the encouragement he is getting to run is in part a result of dissatisfaction with the current choices.

“When it comes back to who is No. 1, they see the current roster and they’re not real excited,” Graves said. “They think Louisiana can do better. It’s amazing how much discontent there is with the current roster.”

Then came comments that Graves made that sound as though he is a serious gubernatorial candidate. He said Louisiana has the assets to rise from bottom-ranking status in many critical areas like infrastructure and education.

“I strongly believe Louisiana has strategic advantages that other states would kill for — the Mississippi River, ports, affordable energy, but look where we are on the best states lists,” Graves said. “We should be blowing these other states away.”

As for Cassidy, he told Politico, “They’ve seen what I’ve done on the bipartisan infrastructure bill, see what I did on COVID relief in December. They obviously see I’m trying to do good things for the state. And they like it.”

Cassidy also said he believes he has time to win over former supporters who aren’t happy with his impeachment vote against former President Donald Trump. Perhaps, but that is going to take a tremendous selling job in a state that gave Trump 58 percent support in 2020.

Some people applaud his vote, Cassidy said. He added that he suspects there are some people who say, “Well, you know, maybe I don’t care about the vote, but I certainly like the fact that we’re going to have universal access to affordable high speed internet” because of what I’ve worked on.”

Why would someone give up a congressional seat to run for governor? The Advocate in late-March asked Ron Faucheux, a New Orleans-based pollster and former Democratic state legislator, who the newspaper said has both publicly and privately touted Cassidy’s chances of running.

“Being in the Senate is a great job, but you can get more done these days as a governor than a senator,” Faucheux said. “Governors, particularly in Louisiana, have a bigger influence on where the state is going. It’s probably easier or more pleasant to be a senator, but you can do more things as a governor, running departments or programs. I’d rather be governor.”

Graves was definitely on target when he said voters aren’t impressed with the three candidates that have been mentioned often as gubernatorial hopefuls. They are definitely looking for other choices.