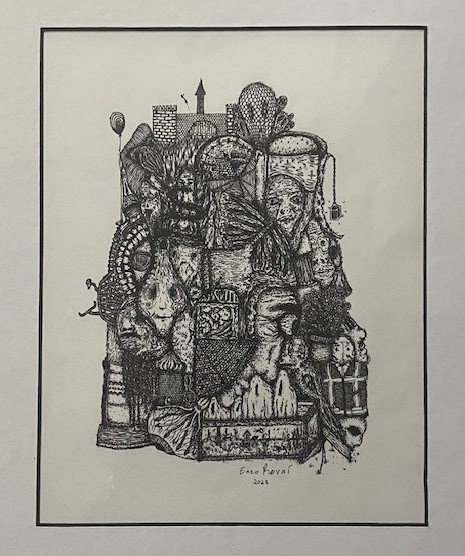 BATON ROUGE, LA – U.S. Congressman Garret Graves announced the winners of the Louisiana 6th Congressional District Art Competition. Winning first place was Enzo Rovai, a student at Baton Rouge Magnet High School (BRMHS). His artwork will be showcased in the corridor leading to the U.S. Capitol building for the next year. Judging is conducted by the Arts Council of Greater Baton Rouge.

Each spring, the Congressional Institute sponsors a nationwide high school visual art competition to recognize and encourage artistic talent in the nation and more specifically in each congressional district.

While Enzo’s first place portrait titled “Don’t Stare” will hang in the halls of the U.S. Capitol, the other winners will be displayed in Congressman Graves’ other offices.

The following winners from the 6th Congressional District were also announced, and their photos will be displayed in the local offices:

Additionally, we let folks on Facebook weigh in and cast their vote, and they selected: