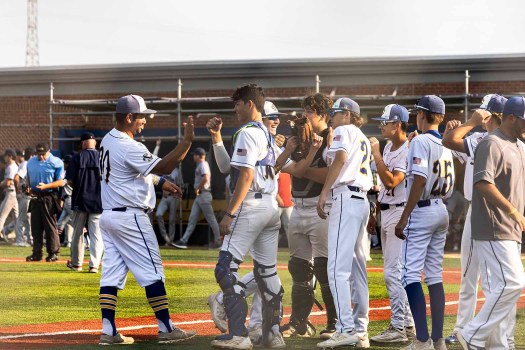 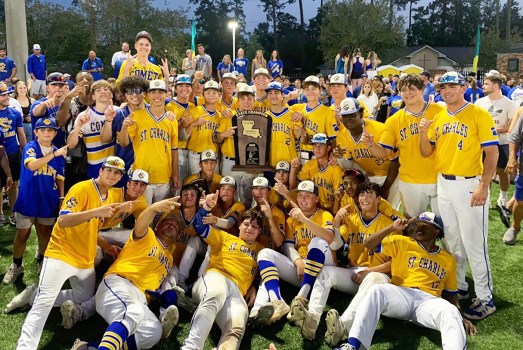 LAPLACE — Under the leadership of Coach Wayne Stein, St. Charles Catholic has for the first time in school history claimed the state title in both football and baseball.

This year has been a wild ride from start to finish. The fall semester kicked off with a devastating blow from Hurricane Ida. Rising above the devastation, which left many of the team members displaced from their homes, the Comets wrote a story of resiliency that spanned from the football season opener to the final pitch of the baseball championship.

“Most of the kids in our program played both. We have 25 players on varsity, and 22 play football. Our kids are tough. They know how to work. They know how to handle adversity. That’s exactly what they did all year,” Stein said. “Our kids really showed what the River Parishes is all about. They are talented and tough. Not a lot them are going on to play college baseball, but they continued to stick together and win. I couldn’t be prouder to be their coach and for them to have me along for the ride in both sports.”

Hotard earned the championship win, striking out six and allowing only one infield single across seven innings.

Hotard was named the MVP of the game for a job well done at the mound and behind the plate. When the game remained tied 0-0 into the fourth inning, he hit an RBI single to put St. Charles Catholic on the board.

The only other run of the game came in the seventh inning, when Jackson Monica slammed an RBI double down left field to bring Ian Arnett home.

While only four of the 11 seniors on this year’s team were consistent starters, Stein said the group’s close-knit bond contributed to the Comets’ success.

“They pull for one another. They work hard, whether they are a starter or a back-up, and I think at the end of the day that’s what pushed us over the top. Their leadership and their drive to want to win is second to none,” Stein said.