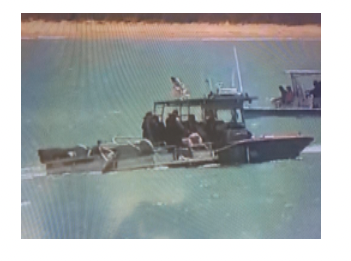 “This case exemplifies the importance of boaters staying vigilant and looking out for each other on the water,” said Petty Officer 3rd Class Alfredo Benavidez, coxswain for the case. “We want to give today’s good Samaritan a shout-out for being so willing to help fellow boaters out of a dangerous situation.”