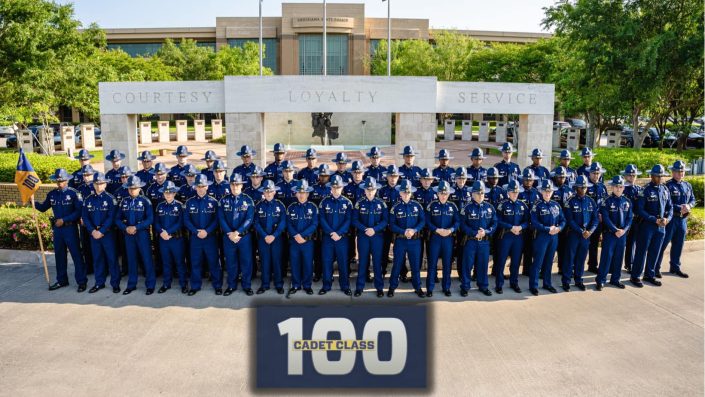 On December 5, 2021, 64 cadets from across the state began their 23-week journey through the Louisiana State Police Training Academy.  Throughout the academy, cadets received training in various subjects including crash investigation, emergency vehicle operations, impaired driving detection, traffic incident management, defensive tactics, fair and impartial policing, ethics in law enforcement and leadership in addition to a rigorous physical training regimen.  Surrounded by family, friends, and fellow troopers, 51 of those cadets attained their goal this morning of receiving the distinguished badge of the Louisiana State Police.  Having successfully completed the LSP Training Academy, the newly graduated Troopers will deploy across the state, where they will participate in a 10-14 week field-training program while supervised by a veteran Louisiana State Trooper.

For those applicants not meeting LSP minimum qualifications at this time, immediate positions are available within the Louisiana Department of Public Safety Police through the Louisiana State Civil Service System. Visit http://www.lsp.org/dps_police.html and http://www.civilservice.louisiana.gov for more information.

The following is a list of graduates and their Troop assignments: