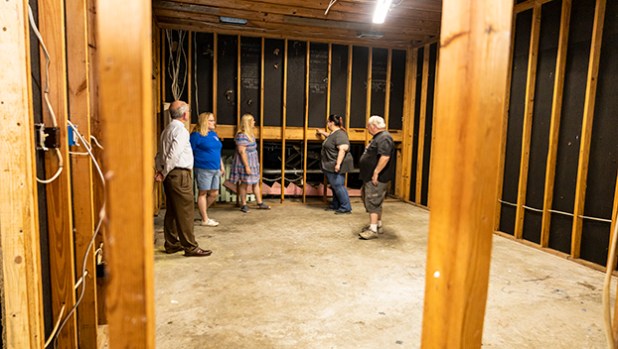 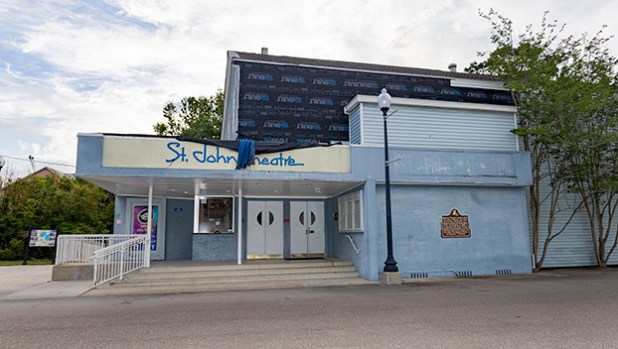 Repairs are anticipated to begin soon on the historic St. John Theatre. 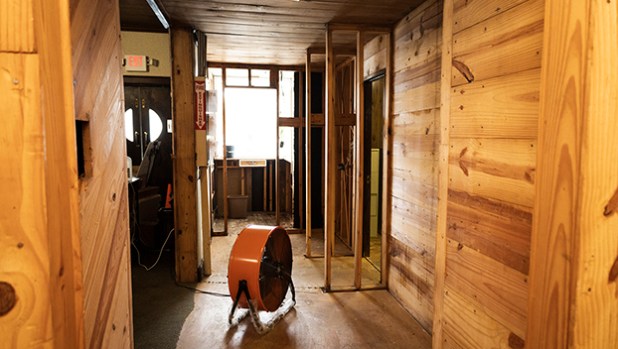 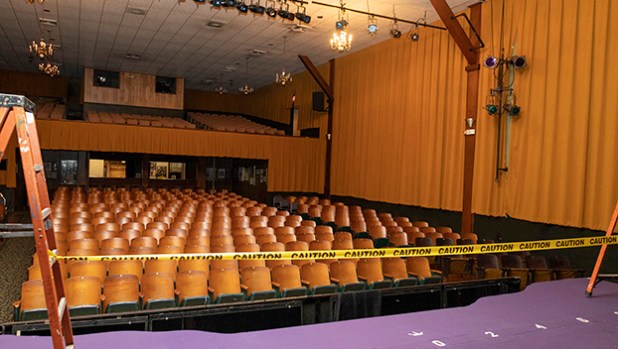 The St. John Theatre stage and auditorium seating were spared from the impacts of Hurricane Ida. 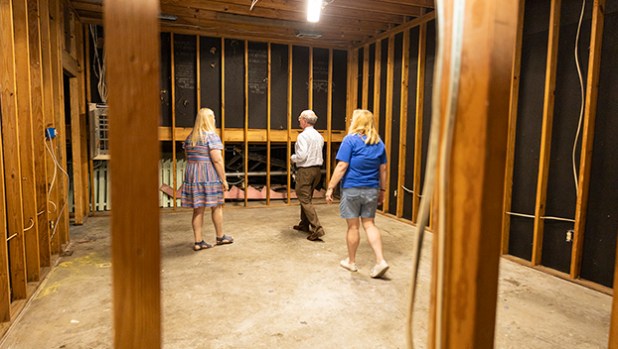 Amy Wombles, J. Sterling Snowdy and Celeste Toups, members of the St. John Theatre Board of Directors, walk through a gutted dressing room.

Damage from Hurricane Ida paused programming this year, but behind the Theatre’s gutted walls lies hope for an incredible relaunch.

The historic building has served as the arts and cultural hub of St. John the Baptist Parish for more than 40 years, and it will continue to do so for decades to come.

Board of Directors President J. Sterling Snowdy recently accompanied five contractors on a walk through the damaged building. Bids are open for Theatre repairs, and the construction is anticipated to last 120 days after a contract is awarded. However, there may be leniency involved in the timeline based on external factors such as shortages of materials and workers.

“Our goal is to have a summer production next year, but we would love to be back earlier. We’re taking it day by day. Programming is going to come back, and this is giving us time to think about our mission and what we could do better,” Snowdy said. “When we made a pledge to the parish in 1981 to come here, they weren’t providing any arts or humanities programming. I think we’ve done a good job over the years, and we’re going to do an even better job in the future.”

While the box office area and the backstage dressing rooms are nearly unrecognizable, the historic stage and auditorium seating at the center of the building was thankfully spared from Hurricane Ida’s wrath.

Before electricity had returned to the River Region, St. John Theatre board members were wiping down seats in the darkened auditorium. They carried in dehumidifiers, taking all steps necessary to stop mold from spreading.

Board members were able to save tickets, attendance records and other mementos of previous shows from a water damaged wall.

The building’s history is part of its charm. Four decades of St. John Theatre productions have added new chapters to a story that began when Maurin’s Theatre was the hub of the growing Reserve community. It’s where people came to be entertained, then and now.

Over time, the commitment to arts and cultural preservation has become much larger than the building itself.

“This building means the world to us, but the true mission is bringing arts and humanities to everyone,” Board member Celeste Toups said. “Bringing programming back to our community is what we are focused on.”

Board member Amy Wombles said the Board of Directors hasn’t stopped working since the storm. Board members meet constantly, brainstorming ideas for the future.

As repairs get underway, St. John Theatre plans to send performers to the St. John Parish Library branches for an interactive “Under the Sea” story time with children. With the construction of a new Reserve Library planned for the land adjacent to the St. John Theatre grounds, the two entities have a shared vision to revitalize the Reserve community.

According to Snowdy, St. John Theatre also has a strong partnership with the local high schools. East St. John, St. Charles Catholic and Riverside Academy have used the St. John Theatre stage for their spring productions.

In the past, fall and winter shows have led back to much-awaited summer musicals. St. John Theatre has instituted a fall live concert series in recent years, and the new programming has been well-received by the community.

“We’re staying positive that this will turn around and become a showplace again,” Toups said. “Our cast and crew are missing the Theatre. It will bring a breath of fresh air to this area, and I know we need it.”