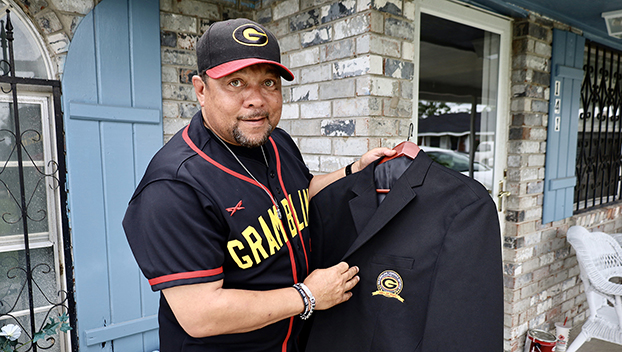 Juan Watkins will be inducted into the Grambling State University Legends Sports Hall of Fame on July 9, 2022.

LAPLACE — Juan Watkins Sr. of LaPlace has bled black and gold since the day he was invited to ride the bus with the Grambling State University baseball team from Baton Rouge to LaPlace.

Watkins was still in high school when his older brother, Orlando, joined the Tigers. Grambling was traveling to East St. John for a benefit game against Southeastern on that particular Friday, and all it took was one bus ride for Watkins to solidify his college choice. 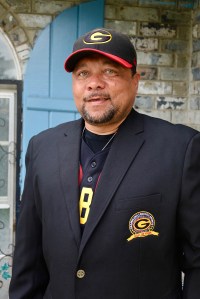 An increasing number of baseball players have been hand-picked for the Sports Legends Hall of Fame over the past five years. Watkins was pleased to hear he was voted in the first year his name came up on the ballot.

“I was very excited,” Watkins said. “Now and forever, as long as there is a Grambling State University, my kids, my grandkids, and their kids and grandkids can see me as being one of the best that ever played at Grambling.”

Athletes need to be retired for at least five years to become eligible for the Grambling Sports Legends Hall of Fame. Recent St. John the Baptist Parish inductees include Hillary Bossier in 2013 and Wendell “Brick” Henderson in 2019.

Watkins started his baseball career at East St. John in the early 1980s. Following in the footsteps of his older brother, Watkins played for Grambling State from ’84 through ’88. He played alongside his brother during his freshman and sophomore years and won a Southwestern Athletic Conference Championship.

Watkins was a four-year starter for the Tigers. During his freshman year, he started as a center fielder and also came out of the bullpen as a pitcher. Throughout his sophomore through senior year, he started in left field and was a starting pitcher in a four-man rotation. He was just as hot at bat, consistently hitting above .300 all four years.

Watkins was named to the all-SWAC tournament team and the all-SWAC conference team during his time at GSU. Over the years, Watkins has kept in close contact with his former Grambling teammates. The brotherhood has endured for more than three decades, and Watkins was especially close to former teammate Gerald Floyd “Ice” Williams, who passed away earlier this year.

Watkins has continued to be one of Grambling State’s biggest advocates through the years.

“I love Grambling, and everyone around here knows it. If it has anything to do with Grambling, I’m there,” Watkins said. “When young kids are going to college, I try to sell Grambling as an option. I’ve helped two or three kids from East St. John get full baseball scholarships. One of them is now an assistant baseball coach at Grambling.”

Watkins thanked his family, friends and former coaches for their support. He will be well-represented by his supporters during the induction ceremony this summer, and he looks forward to the day when his brother’s name comes up on the ballot for consideration.

“We will be the first brothers inducted into the Grambling Hall of Fame for baseball when his name comes up,” Watkins said.

The 2022 Grambling Legends Sports Hall of Fame Weekend will kick off on July 8 with a press conference at the Eddie G. Robinson Museum, followed by a meet and greet with current and former inductees in the museum’s Doris Robinson Hall.

The annual enshrinement dinner and induction will be held at 6 p.m. on July 9.

Conrad Hutchinson Jr., former director of the Grambling State University marching band, is being inducted posthumously in the contributor category.