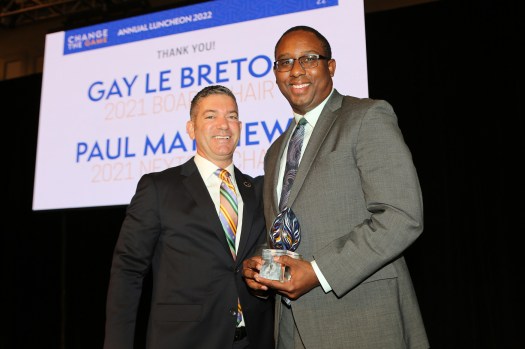 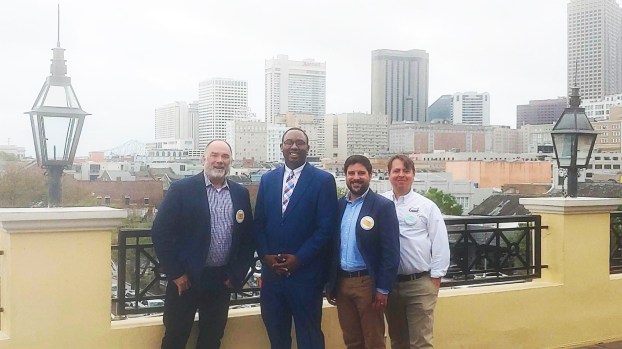 RESERVE — Paul Matthews joined the Port of New Orleans in January 2012 with no experience in the industry. On January 15, 2022, he was named the new executive director of the Port of South Louisiana, America’s leading grain exporting port district.

Matthews was head-hunted for the position during the Port of South Louisiana’s national search for new leadership. His experience securing multi-million-dollar terminal leases and attracting grant funding for critical infrastructure projects at the Port of Plaquemines made him a great fit for the River Region.

The three pillars of Matthews’ vision for the Port of South Louisiana are agriculture, infrastructure and the energy transition.

More than 50% of all U.S. grain exports pass through the Port of South Louisiana, and Matthews said this will become even more significant in light of anticipated food shortages and supply chain issues that could result from the Russia-Ukraine conflict.

“Our Port is at the center of an international crisis even though we are 5,900 miles away from it,” Matthews said. “When the demand goes up for grains in Europe, North Africa, and also China, trade partners with Ukraine and Russia, it is an opportunity for Louisiana’s farmers and America’s farmers in the Midwest to push more grain out to the rest of the world. It’s all depending on what happens right here at the Port of South Louisiana. I think the rumblings are there, but we want to be ready to meet that demand before it revs up.”

Matthews is communicating with operators such as ADM and Zen-Noh to find out how the Port of South Louisiana can help local corporations increase capacity and meet growing demands. The Board of Commissioners recently voted to enter a lease agreement with Greenfield Louisiana for the construction of a grain terminal on the West Bank of St. John Parish. According to Matthews, once complete, the Greenfield project would increase the Port’s throughput of grain by 10%.

“It’s not just about one facility being developed in the parish. This has become a national and an international issue,” Matthews said.

Some of Matthews’ goals for his first year are to create more efficiencies within the Port of South Louisiana staff while fostering better relationships with local business, community and government leaders. He has met with the three River Region parish presidents to discuss working together to improve infrastructure within the region.

Infrastructure goals include the widening of LA 3127 on the West Bank in St. James and St. John, adding a new interchange exit off the Interstate in Reserve, and development of a new I-310/Highway 90 corridor in St. Charles Parish.

Matthews said the expansion of 3127 from two lanes to four lanes will create opportunity for much-needed economic development and help with highway congestion and safety issues. The proposed interchange exit in Reserve would also relieve congestion in LaPlace and provide a direct route to the Port of South Louisiana’s Executive Regional Airport and Globalplex terminal.

While there are still many questions surrounding the upcoming energy transition, Matthews said the Port of South Louisiana cannot afford to wait on the sidelines.

“We want to be prepared for the next few years and look at the options of biofuel, energy and methanol. We are part of a grant that was applied for in combination with GNO Inc., the Build Back Better grant, where we would be the hub for e-methanol bunkering,” Matthews said. “We see it as a starting point for other environmentally friendly types of fuels to come to our port. There’s no reason why industry and environmental consciousness can’t come together.”

Matthews added that local industrial partners have been pioneers of a new environmentally-conscious way of operating.

Industries along the river include major Fortune 500 companies like Shell and Dow.

“We should have pride in the fact that six in 10 jobs in this region are because of those operations,” Matthews said. “The River Region feeds and fuels the world. We have more than 100 million tons of grain and 100 million tons of chemical products that move through the port. It’s a hardworking region that gets things done. We are just beginning to tell the story of the Port of South Louisiana and the River Region.”

While he was raised in New Orleans, Matthews has strong family ties to Vacherie. He’s proud of the diversity of the region, which is reflected in the Port’s Board of Commissioners.