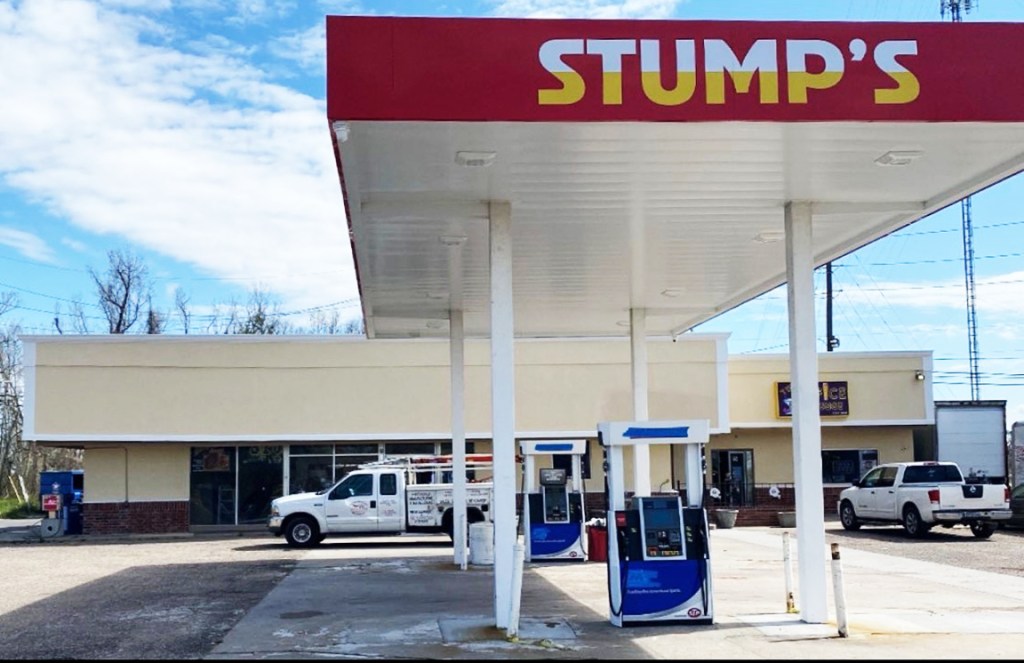 This little gas station has a big presence in the community. Crawfish boudin, pork boudin and half-pound homemade burgers have made Stump’s a convenient location to find flavorful family dinners. Located near the Blind River, it’s a one-stop shop for fishing bait and supplies, and customers also enjoy the adjacent barroom stocked with drinks and video poker machines.

Mohammad “Moe” Ahmad said finding someone who could fix the severely damaged roof was the most challenging part of the storm recovery. Battling with insurance presented additional roadblocks to reopening the doors.

“We were shooting for January 1 and had to keep pushing it back. We finally opened on April 1,” Ahmad said. “Hopefully we get our daily customers back like we had them before the storm. It’s going to take some time.”

Ahmad’s parents purchased Stump’s in 1995. Ahmad has helped run the family business since he was old enough to drive. He returned to Stump’s after venturing out on his own to start a food truck business, and Hurricane Ida has shown him how much the gas station means to his family.

“You don’t realize what you’ve got till it’s gone,” Ahmad said. “I was working at the store seven days a week, 10 hours a day before the storm. I was getting frustrated with how much I was working, but at the same time, it was very stressful once it was closed. It means a lot as far as what my family has built over the years and for us to keep it going. That’s why it’s so important to me.”

Stump’s also means a lot to community members who know they will be met with hospitality once they walk through the doors.
“They know when they come in here that they are going to get the best treatment because it is family owned,” Ahmad said. “We care about giving the best customer service, so we always want to treat people the way we want to be treated.”

Stump’s is located in Gramercy across from Zapp’s Potato Chips. Store hours are from 5 a.m. to 8 p.m. daily.