Friends of the Manchac Greenway continue working toward cyclist paths 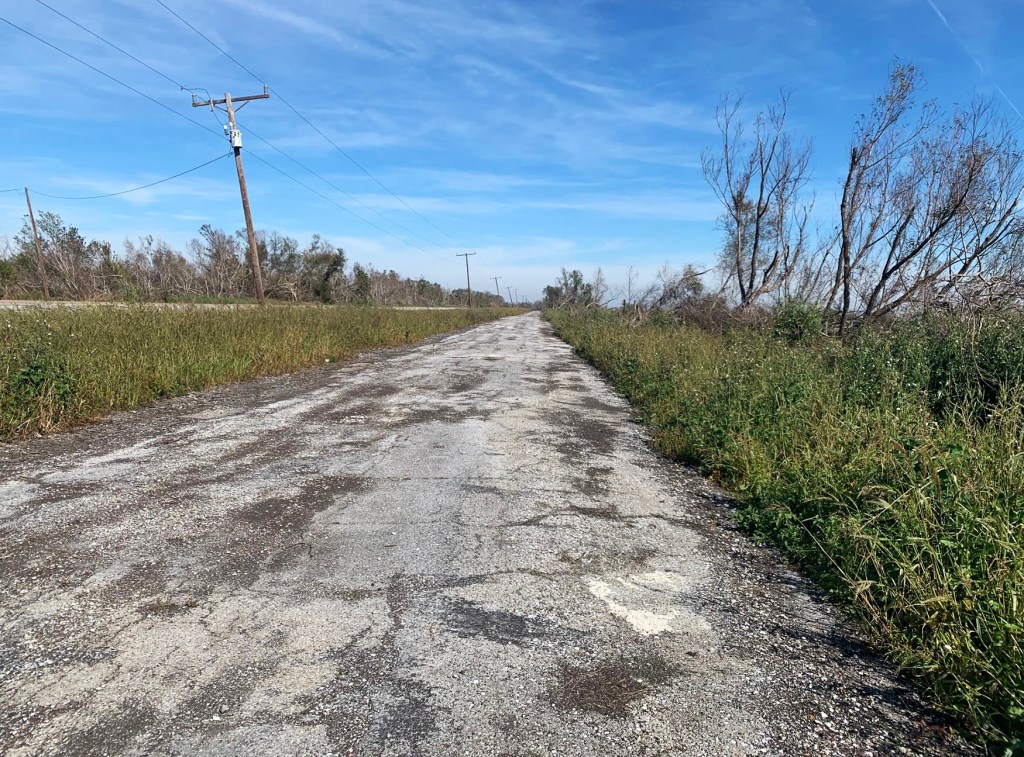 Dating back to around 1927, the New Orleans – Hammond Highway has been cleared in the aftermath of Hurricane Ida. Friends of the Manchac Greenway is looking into the possibility of utilizing it for pedestrian paths.

MANCHAC — Friends of the Manchac Greenway is continuing to develop master plans in St. John the Baptist and Tangipahoa parishes that will allow the isthmus to reach its full potential as a hub for recreation and cultural preservation.

As federal money is dedicated to infrastructure across the nation, Friends of the Manchac Greenway is doing prep work now so that projects will be “shovel ready” if funding comes along.

Cyclist paths along the stretch of land from LaPlace to Ponchatoula continues to be a focus. Ben Taylor, a member of Friends of the Manchac Greenway, expects the end result will be the widening of Old Highway 51 and the addition of vibration strips to warn cyclists or pedestrians when a vehicle is veering off the roadway.

“It’s too good of an idea to let pass. It’s an underused highway that doesn’t see near the traffic that it used to. There’s a need in the public for recreation – places to fish, launch boats, bicycle, do running events, study nature,” Taylor said. “The isthmus of Manchac is very important to the existence of Lake Maurepas. All of that needs to be preserved.”

Friends of the Manchac Greenway is also considering utilizing the abandoned New Orleans – Hammond Highway as a cycling path separate from vehicle traffic. However, Taylor expects this would come at a higher cost than modifying Old Highway 51.

Dating back to around 1927, the New Orleans – Hammond Highway was an attempt to construct a lakeshore highway from Bucktown to Hammond, tracing the West side of Lake Pontchartrain.

“They finished the part in Jefferson Parish along the shore, and they did the part from LaPlace to Ponchatoula. They set the pilings along the Spillway, but they weren’t able to do the rest of it, and they decided to use Airline Highway instead,” Taylor said.

Taylor recalls riding on the section of the road from LaPlace to Ponchatoula as a young child. It served the public from  the 1930s through the 60s, until it was replaced by Highway 51.

After Hurricane Ida came along and poured trees and debris on top of the old roadway, Entergy cleared all of the old and new vegetation to reveal a section of smooth pavement from LaPlace past Manchac, about two-thirds of the way to Ponchatoula.

“We thought, that’s where the pedestrian and bicycle path ought to be because it’s completely removed from vehicle traffic from Highway 51,” Taylor said.

The northernmost portion of the road in Tangipahoa Parish was pulled up and recycled for asphalt back in the 1980s. Redoing the roadbed would be a major undertakin that would be dependent on available funding.

During the most recent Friends of the Manchac Greenway meeting on March 23, contractor Frank Neelis reported his research on the New Orleans – Hammond Highway. He found no franchise agreements, and LaDOTD was found to have the title of the road with the exception of a 300-foot section just south of the Pass Manchac Bridge. Plans were set to confirm this information with the LaDOTD District 62 Administrator so it can be used to request Entergy’s assistance in turning the unused road into a bicycle/pedestrian path.

An update was also provided on the Ring Around the Lake/ Louisiana Bootlace Trail. A comprehensive guide of upwards to 50 funding sources was made available after New Orleans-based cycling advocacy organization Bike Easy conducted a three-hour Zoom meeting with approximately 30 parties. One presenter, Sam Buckley of the New Orleans Regional Planning Commission, spoke about his research on the Thomas Daley/Za Maurin bike route from the Mississippi River Levee-top Trail, through LaPlace to the foot of the Manchac Greenway.

On March 23, Tara Lambeth of the St. John Parish Office of Permits and Planning reported that the St. John Master Plan for the Manchac Greenway is undergoing a feasibility study with the New Orleans Regional Planning Commission. According to the meeting minutes, Lambeth also reported that funding for repairs for Hurricane Ida damage at Sunset Park on the Greenway is being sought through both the Rotary Foundation and AARP.

Hurricane Ida pushed tons of flotant marsh onto the Sunset Park grounds, leaving a tangle of grass, debris and clumps of mud strewn across the recreational area. Fencing and five picnic tables were decimated.

Friends of the Manchac Greenway, Steve Lawless of Further Along Inc. and Pontchartrain Conservancy partnered to transport 10 students from Michigan State University’s “Alternative Spartan Breaks” program to aid in restoration efforts at the park. The MSU Spartans weren’t afraid to get their hands dirty as they worked with extreme gusto to clean up the park.

District 5 Councilman Robert Arcuri, an avid supporter of the Manchac Greenway, said Parish President Jaclyn Hotard has pledged her full support to Sunset Park’s rehabilitation. Arcuri also plans to promote collaboration between the Manchac Greenway and the New Orleans Regional Planning Commission, where he serves on the advisory board.

To learn more about the history and the ecology of the Manchac Greenway, visit the revamped website at www.manchacgreenway.org.

The Next Friends of the Manchac Greenway meeting will take place at 2 p.m. Wednesday, April 20 at Sunset Spot near Gator’s Den in Galva.