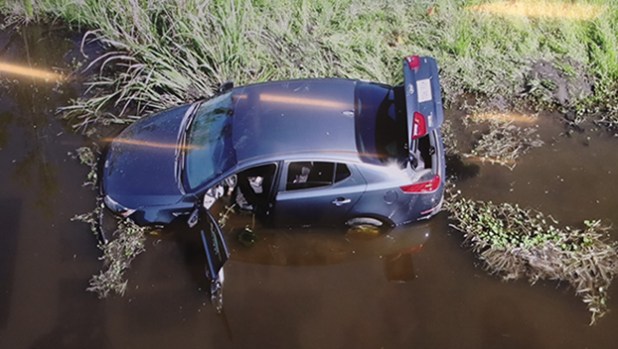 The car driven by 19-year-old Kendall Prembrook of LaPlace was located partially submerged in the marsh.(Louisiana State Police photo) 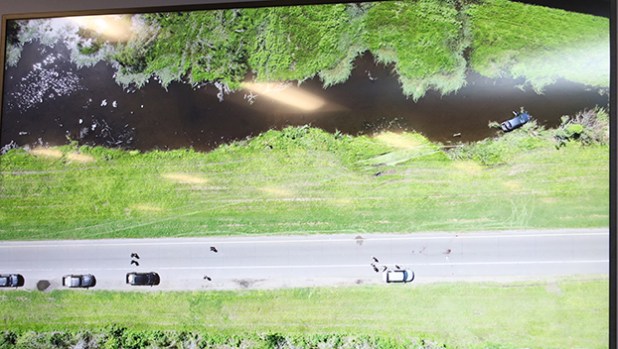 This overhead shot shows the location of the officer involved shooting Interstate 10 and U.S. 51 in LaPlace. (Louisiana State Police photo) 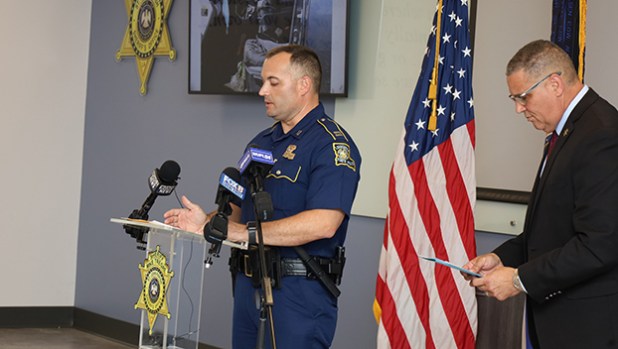 Captain Nick Manale, spokesperson for Louisiana State Police, said detectives are in the process of obtaining warrants for Jacoby Williams. 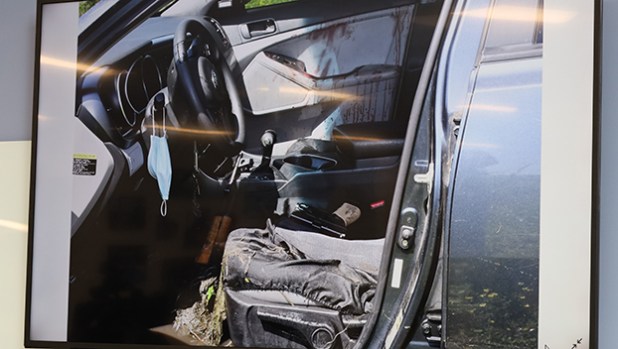 The inside of the vehicle is seen following the shooting. (Louisiana State Police photo) 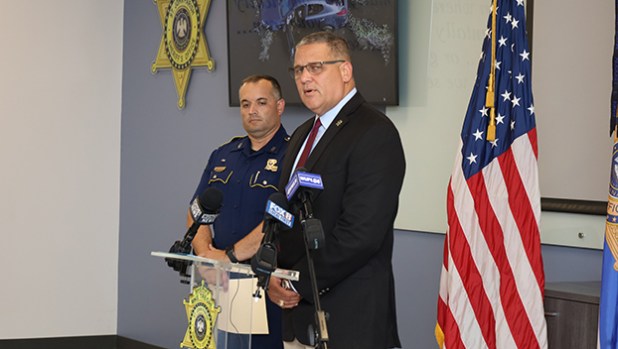 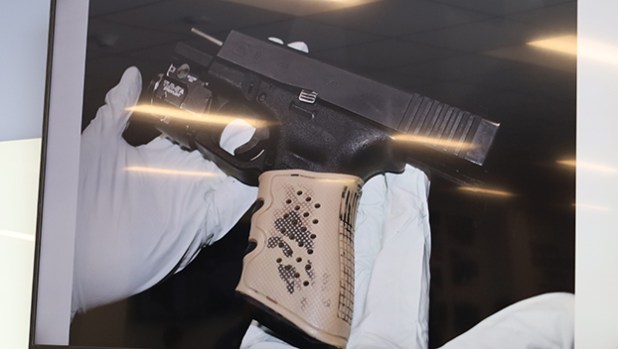 Along with the AK-47 style firearm, a 9mm handgun was recovered from the scene. (Louisiana State Police photo)

Officers were responding to calls of a vehicle partially submerged in the marsh between Interstate 10 and U.S. 51 in LaPlace. Shaquille Guerin, a five-year veteran of the St. John Sheriff’s Office, fired one bullet after Williams allegedly grabbed an AK-47 style firearm that was laying across his lap in the passenger seat of the vehicle.

Williams remains in the hospital in critical condition. Officer Guerin has been placed on paid administrative leave.

According to Tregre, Guerin felt that he and fellow officers responding to the scene were at risk of great bodily harm or death.

“I believe my officer’s actions were justified, and I stand by him and with him on his actions,” Tregre said. “This is a tragedy. I wish it didn’t happen, but it did, and here we are. If it wasn’t for the actions of the individuals in that car, we would not be here today.”

Tregre said his prayers go out to the family of Jacoby Williams. After learning of the officer-involved shooting Sunday morning, Tregre met with Williams’ mother to explain what had taken place and inform her that her son was being treated at University Medical Center.

Louisiana State Police is the independent agency conducting the investigation.

Captain Nick Manale, spokesperson for Louisiana State Police, said detectives are in the process of obtaining warrants for Jacoby Williams. He did not share information regarding specific charges.

The driver of the vehicle, 19-year-old Kendall Prembrook of LaPlace, has been issued a citation for careless operation. Prembrook was recently arrested in St. John Parish on an unrelated contempt of court attachment.

State Police was unable to comment on whether the occupants of the vehicle were intoxicated during the incident.

Video footage from the I-10 off ramp at U.S. 51 showed the vehicle driven by Prembrook parked at a traffic signal for roughly one hour, beginning at 3:57 a.m. During this time, other motorists drove around the vehicle as it remained stopped at the intersection.

Around 4:55 a.m. Prembrook’s foot came off of the brakes. The car launched across northbound and southbound lanes of traffic, continued into the grass, and landed partially submerged in the marsh.

According to Tregre, police received multiple calls for service regarding a vehicle in the water. However, there is no record of 911 calls coming from either Williams or Prembrook.

“Keep in mind, the callers told us that no one ever exited the vehicle. We are in the mindset that someone is in that car in need of medical assistance or may be hurt,” Tregre said.

Williams and Prembrook remained in the vehicle as five police units searched U.S. 51 and located the car. At that point, the vehicle had been in the water for “at least 12 to 18 minutes,” according to Tregre.

Officers exited their units and approached the vehicle. At some point, their regular duty shoes began to take on water, and they returned to their units to grab knee-length boots.

Tregre said none of the officers drew weapons until opening the car door and seeing Williams seated in the front passenger side with an AK-47 across his lap.

According to Tregre, officers gave “loud, clear, verbal” commands instructing him not to move and to put his hands up.

“He complied for a brief moment,” Tregre said.

As Guerin grabbed Williams’ arm to bring him under control, Williams allegedly resisted, snatched away from the officer, and grabbed his AK-47.

“Once that weapon was spotted, my officers drew their weapons. When he grabbed that gun, a shot was fired, and Jacoby Williams was struck,” Tregre said.
State Police could not confirm where Williams was struck due to the nature of the ongoing investigation. In separate media interviews, Williams’ family has stated that he was struck in the face, with the bullet entering his nose and exiting the back of his neck.

After the shot was fired, both occupants exited the vehicle, and Williams was stumbling. Guerin moved Williams to the pavement, where officers began administering first aid.
“All of my officers have first aid kits, and they have been trained that once you do involve yourself in a shooting, you are to immediately provide medical assistance, as we did per our training,” Tregre said.

Unable to stop the bleeding, officers made the decision to load Williams into a marked unit and rush him to Ochsner Hospital via Airline Highway.

Prembrook was taken into the Detective Bureau, where he was later questioned in the presence of his attorney and Louisiana State Police.

Along with the AK-47 style firearm, a 9mm handgun was recovered from the scene.