Remembrance ceremony on USS KIDD to be held 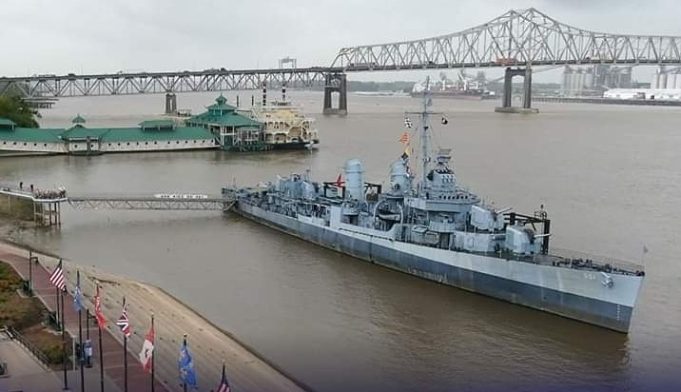 A remembrance service will be held on the USS KIDD’s fantail on Monday, April 11, the 77th anniversary of the day a kamikaze aircraft crashed into USS KIDD (DD-661). The ceremony will begin at 1:55 p.m., the time that the attack began on April 11, 1945, off the coast of Okinawa, just south of Japan.

The KIDD and her squadron had fought off three aerial raids that day before a fourth raid resulted in the ship being struck on her starboard side by one lone suicide plane. Thirty-eight Sailors were killed and 55 were wounded in this attack.

A remembrance service has been held annually since the attack. From 1946 until 1982, former crewmembers of USS KIDD conducted the service, as well as active crew until 1964. Since 1983 when the ship opened to the public in Baton Rouge, Museum staff have coordinated a service, continuing to honor the sacrifice of USS KIDD’s Sailors. The service is open to the public.