METAIRIE — When 9-year-old Cynthia Gros set a goal to sell 3,500 boxes of Girl Scout cookies and win a Pac-Man machine, her family had no idea that the little girl’s entrepreneurial spirit would lead to a lesson about generosity.

Cynthia is a member of Girl Scouts Louisiana East Troop 40561. Her parents, Monica and Adam Gros, were born and raised in St. John the Baptist Parish and currently reside in Metairie.

After selling 800 boxes of Girl Scout cookies last year, Cynthia initially set a goal to beat her record and sell 1,000. Then she looked at the prize sheet, and a shiny Pac-Man machine caught her eye.

Monica Gros thought her daughter had lost her mind. After thinking about it, she said “That’s a lot of cookies. You’re going to have to hustle.”

Cynthia didn’t disappoint. She went door-to-door, enlisting her brother and some friends to help, and set up a tent for cookie sales in front of her house. She also made calls to family members, which took the fundraising effort to another level.

One of Cynthia’s relatives, who would prefer to remain anonymous, made a deal she couldn’t refuse. He said that if she could find a charity of her choice, he would donate 1,000 boxes of cookies and then match it with another 1,000 boxes to a charity of his choice. The only requirements were that Cynthia had to take the initiative to contact the right person, make the deal, and be part of delivering the cookies.

Cynthia chose Children’s Hospital as her charity of choice because she remembered being a patient there when she was younger. While she waited for a response from Children’s Hospital, a neighbor suggested another worthy charity – GiGi’s Playhouse.

Located down the street from Cynthia’s house, GiGi’s Playhouse is an organization that fosters connections between individuals with Down Syndrome while spreading the message of global acceptance for all. After Cynthia learned one of her close family friends has a child with Down Syndrome, she decided GiGi’s Playhouse should receive cookies as well.

She got dressed in her Girl Scouts gear, conducted virtual meetings via Zoom, and arranged for Children’s Hospital and GiGi’s Playhouse to receive 500 boxes each.

At GiGi’s Playhouse, Cynthia handed out milk and cookies while socializing with friends, families and volunteers in honor of World Down Syndrome Day.

While COVID-19 restrictions prevented her from having a truly hands-on experience at Children’s Hospital, Cynthia dropped off the Girl Scout cookies to nurses outside of the facility. At that time, the senior director of support services saw what she was doing and stopped by to ask questions. Intrigued by Cynthia’s dedication, he rounded up three donors willing to help Cynthia sell 300 more boxes to meet her goal of 3,500.

Kindness spread like a ripple effect, and Cynthia was soon back at Children’s Hospital with another donation of 300 boxes financed by Superior Construction, Mullin Landscape and Paul and Kolby Hodge.

It came time for Cynthia to call her generous donor and announce that she had fulfilled her end of the deal. Now it was time to donate 1,000 boxes of cookies to his charity of choice. He chose New Orleans Mission and encouraged Cynthia to feed the hungry in addition to supplying them with cookies.

On March 25, Cynthia and her family toured the New Orleans Mission and spent the afternoon serving meals to the homeless population of New Orleans.

Cynthia said giving back to the New Orleans Mission was her favorite part of the entire cookie-selling experience.

“I liked taking the tour, handing out cookies and making people smile,” she said.

Every cookie donation was met with a warm smile and a “thank you” or “God bless you.” One of the ladies asked to take a picture with Cynthia and shared that she was a Girl Scout when she was little.

In the future, Cynthia would like to return to the New Orleans Mission to help create and sell jewelry, with all proceeds benefitting the homeless population.

Her mother, Monica, said it was an eye-opening experience for the entire family.

“After seeing the response this year, we want to continue giving back,” Monica said. “Everybody’s lives are different, and it’s a life lesson to see the generosity that others have. The people buying the cookies and not buying for themselves. They are buying and donating to charities. Giving to the less fortunate is something that I would like to continue doing with both of my children. Girl Scouts is just one form of it. There are several different ways we can volunteer and donate.”

Of course, Cynthia couldn’t stop at 3,500 boxes when she saw the top prize, a Mac computer, was worth 4,000 boxes. Thankfully, those who heard her story were already reaching out, eager to donate and help Cynthia reach her goal.

By selling 4,001 boxes, Cynthia earned her computer and Pac-Man machine, in addition to a weeklong experience at an overnight summer camp and a host of other prizes. Most importantly, she learned the importance of giving back.

All four of Cynthia’s grandparents have ties to St. John Parish. She is the granddaughter of Amy and Craig Gros of LaPlace, as well as Reserve natives Michael and Cindy Scioneaux, who now reside in Metairie.

The anonymous donor who sparked Cynthia’s love of giving back is also a former St. John Parish resident. 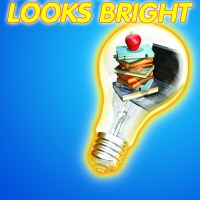 To nominate a child who is excelling in school or making a great impact in the community for a L’OBSERVATEUR Looks Bright profile, please email brooke.robichaux@lobservateur.com.

Laplace man sentenced for conspiring to distribute drugs from…