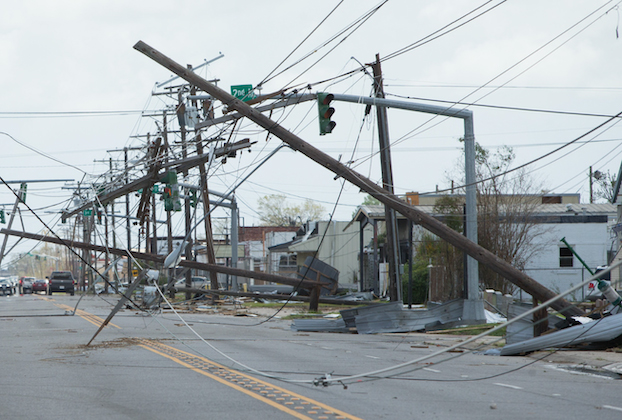 “This case is important because it sends a message to the other insurance companies that they must follow Louisiana law and honor policy terms,” Cox said.

The verdict was read March 10 at the Lafayette Federal Courthouse. The Lake Charles Courthouse is undergoing repairs after Hurricane Laura made landfall here Aug. 27, 2020.

Odom was represented by Cox, Somer Brown and Roy Wygant.

“The jury found that the insurance company underpaid him for the loss and that they did pay late,” Cox said.

The primary hurricane damage to Odom’s building was to the roof, which resulted in water damage throughout. Scottsdale Insurance Company paid Odom $225,000 on time. Before the trial, Odom received an additional $1.8 million.

Since the jury found that Odom was underpaid, the insurance company had to pay penalties, attorney fees and court costs.

Claims may still be filed by property owners against insurance companies. It doesn’t cost to hire an attorney on a contingency basis. When the property owner wins in court or even when the suit is settled, most settlements include an attorney fee component, Cox said. Only residential property owners can be awarded compensation for pain and suffering.

“I think some individuals continue to be reluctant because here in Southwest Louisiana, we are pull-yourself-up-by-your-bootstraps kind of people, and those are the kind of people hesitant to seek the help of a lawyer,” Cox said. “The more these companies are challenged on their mistreatment, the harder it is for them.”

Dept. of Transportation and Development Announces Bid Results for…