Heritage Place demolition marks the end of an era 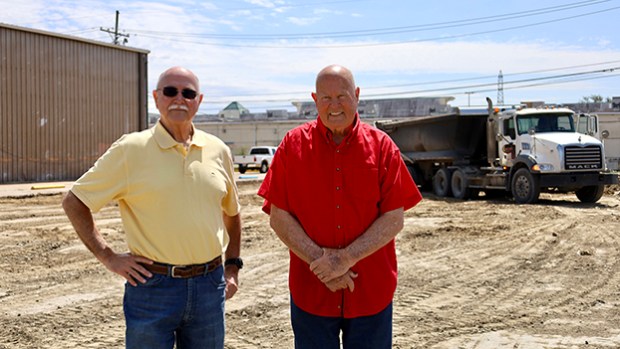 James “Jim” Lilly and William “Bill” Gomilla, the only two remaining of six original business partners of Heritage Place on Carrollwood Drive in LaPlace, walk around the demolition site Monday afternoon as they reflect on the businesses the building housed over the past 40 years. 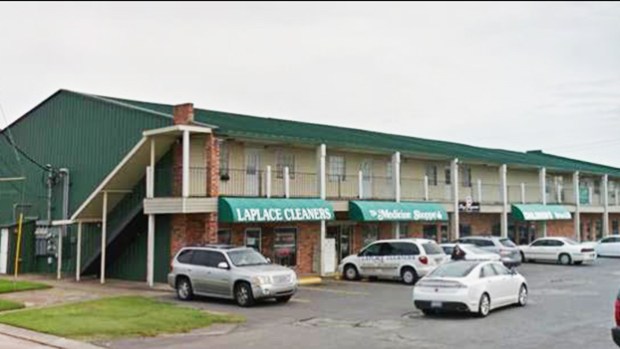 Heritage Place in LaPlace is pictured prior to the devastation of Hurricane Ida. 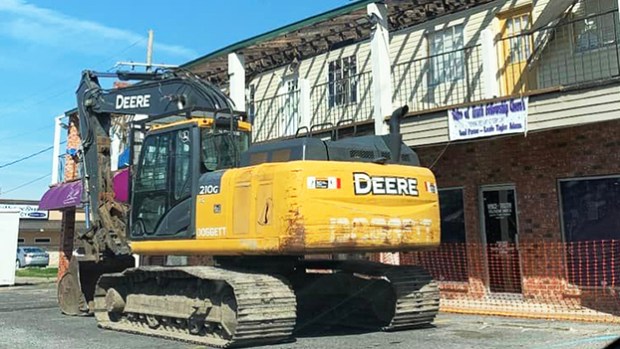 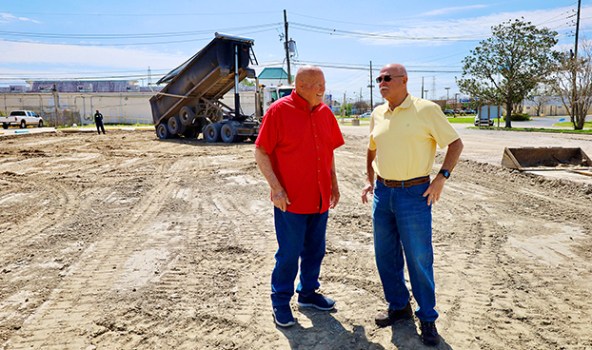 James “Jim” Lilly and William “Bill” Gomilla, the only two remaining of six original business partners of Heritage Place on Carrollwood Drive in LaPlace, walk around the demolition site Monday afternoon as they reflect on the businesses the building housed over the past 40 years.

(Editor’s Note 3/16/22: This story has been updated to correctly identify the names of the original owners. L’Observateur regrets the error.)

LAPLACE — The demolition of the Heritage Place Shopping Center on Carrollwood Drive marked the end of an era for St. John the Baptist Parish.

Since its construction in 1982, Heritage Place has housed businesses that have nourished, dressed and entertained the community. Following extreme roof and water damage from Hurricane Ida, the owners of the building made the difficult decision to not rebuild.

James “Jim” Lilly and William “Bill” Gomilla, the only two remaining of six original business partners, surveyed the demolition site early this week and reflected on the past 40 years in business.

Now 81 years old, Lilly has called Heritage Place a second home for half of his life. He first opened Children’s World in 1975 inside of his photography shop in Reserve following a debut at the American Legion Fourth of July fair. The business was moved to LaPlace after six months and operated for a time inside of the Millet Center.

Gomilla also went into business in 1975. Before his business became The Medicine Shoppe, he operated Gem Drugs on Belle Terre while LaPlace was quickly expanding and the cost of rent was rising.

“The cost of rent was getting higher and higher. About 12 of us got together with the idea to get the rent locked in. This piece of land wouldn’t hold all of us, so about six of us decided to do it,” Lilly said.

Carl Buras, Lilly and Gomilla later bought out the other three. After Buras passed away, his share of the ownership was transferred to his wife and later to his daughter.

The prominent location of the shopping center contributed to its success over the years.

“When we opened here, this was the busiest street next to the Airline Highway,” Gomilla said. “You had Ormond. Belle Terre was there, but it wasn’t developed at all. This street was busy, and that’s why we bought this piece of property.”

The first tenant of the building was contractor James Schexnaydre.

Heritage Place has been the home of Children’s World, The Medicine Shoppe, Alltmont’s, LaPlace Cleaners, Joyce Arts & Crafts, Snipper’s Salon, Clown Around balloon store, Mr. Don’s Bike Shop, Weight Watchers, Jazzy Rags, Yellow Pages, Saint Optical, ASAP Monogram, a party store, a dance studio, a shoe store, the 42/52 Shop, a carpet store, business offices, an antique store, a barbershop, a consignment shop, a tattoo parlor, a boutique, a furniture store, a jewelry store, a BBQ restaurant, a comic and bookstore, a video arcade, several churches, and recently V’s Café.  Music lessons, tutoring, and even driving classes were housed in the building that has become a fixture within the community.

Each business was individually owned and operated. When the community saw the damage from Hurricane Ida, it hurt the hearts and livelihoods of many.

“I made my living from this store and raised my family,” Lilly said. “I learned a lot, I met a lot of people, and I had a lot of employees. I must have had 50 employees, some second generation.”

Both Lilly and Gomilla passed their respective businesses down to their sons. While Children’s World closed down following Hurricane Ida, the Medicine Shoppe relocated to a new building across the street one year prior to the storm.

“God treated me right for us to have done that,” Gomilla said. “We would have been operating from a trailer in the parking lot if we didn’t move to the new building. It was really lucky.”

The grounds where the new Medicine Shoppe sits once served as auxiliary parking for Heritage Place. The limited parking in front of the demolition site, combined with increased cost of construction, contributed to the decision to not rebuild.

While the original owners are now at an age where they are more focused on enjoying life than operating businesses, it was still heart wrenching to see an empty lot where Heritage Place once stood.

“It would be nice to see something else come here,” Gomilla said. 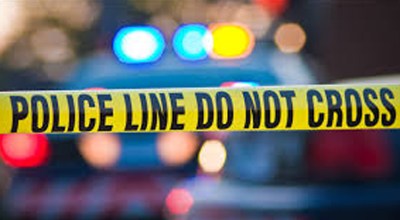