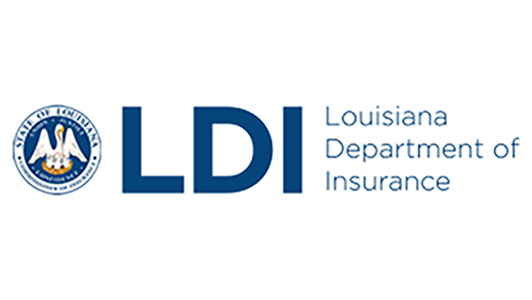 Insurance Commissioner Jim Donelon, Senate Insurance Committee Chair Kirk Talbot and House Insurance Committee Chair Mike Huval revealed their joint Catastrophe Reform Package for the 2022 Legislative Session during a press conference at the Louisiana Department of Insurance (LDI).“I want policyholders across the state to know we have heard their concerns and we are taking action to deal with them,” said Commissioner Donelon. “Our Catastrophe Reform Package addresses ongoing issues from the last few hurricanes while establishing forward-looking protections that will help policyholders in the future.”

The package includes six bills designed to strengthen protections for policyholders in the aftermath of hurricanes and other disasters.

“We’re hoping to clear up some of the confusion for constituents who are frustrated with the claims process,” said Chairman Talbot. “Our goal is to give policyholders peace of mind and a better understanding of their policy protections.”

The LDI encourages Louisianans who support the Catastrophe Reform Package to contact their state senator and state representative to show their support. Louisiana residents can visit www.legis.la.gov and click the “Who Are My Legislators” link on the left sidebar to quickly find names and contact information for their elected officials.

“I always urge residents to prepare before hurricane season gets here, and I am proud to introduce the Fortify Homes Program that encourages policyholders to increase their home’s resiliency at very little cost,” said Chairman Huval. “At the same time, we are going to make sure insurers are adequately communicating with policyholders during the claims process.”

About the Louisiana Department of Insurance:The Louisiana Department of Insurance works to improve competition in the state’s insurance market while assisting individuals and businesses with the information and resources they need to be informed consumers of insurance. As a regulator, the LDI enforces the laws that provide a fair and stable marketplace and makes certain that insurers comply with the laws in place to protect policyholders. You can contact the LDI by calling 1-800-259-5300 or visiting www.ldi.la.gov.  If you do not wish to receive news releases in the future, please click unsubscribe.