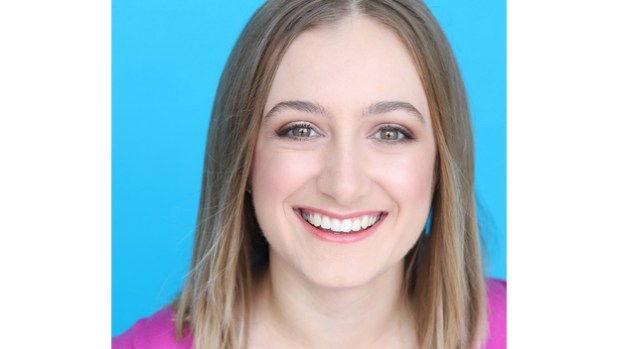 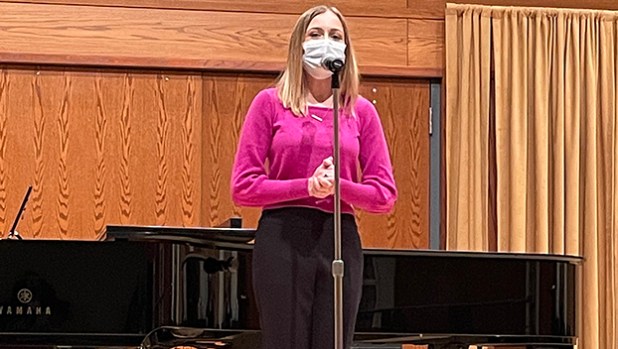 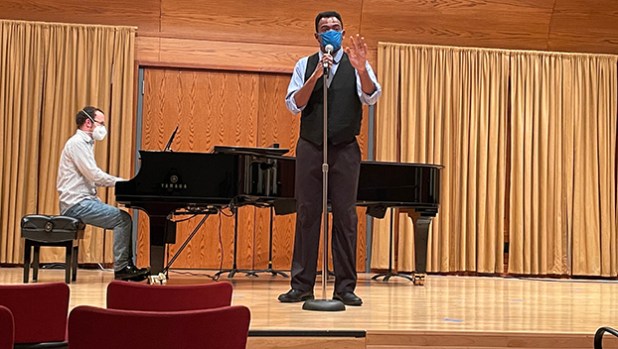 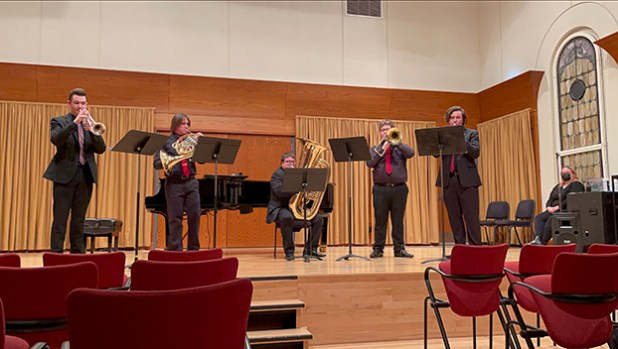 A brass quintet performs “Amazing Grace” during a benefit cabaret titled, “Beyond the Storm: An Evening of Music Celebrating Southeast Louisiana.” 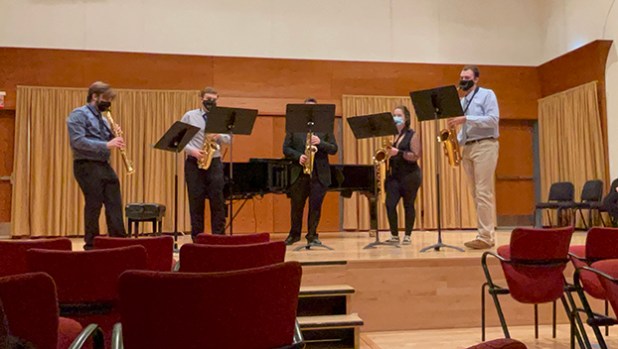 Some of the performances were reminiscent of Louisiana culture, including a saxophone quintet’s arrangement of a jazz piece called “It’s Been a Long Time.” 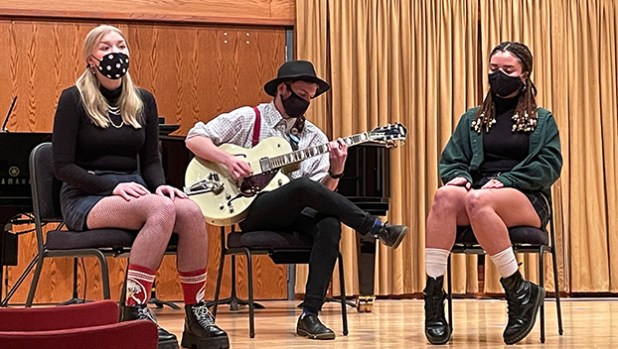 Students at Southeast Missouri State University were eager to support their friend Sarah Grosse in raising money for hurricane victims in St. John the Baptist Parish. They helped by lending their talent for a benefit cabaret.

LAPLACE — Musical theatre student Sarah Grosse, a LaPlace native, combined her passion for performing with her love for the St. John Parish community when she organized a benefit cabaret to raise funds for Hurricane Ida recovery.

“Not being physically present in my community while this was going on broke my heart because I saw all of these people who I have known for my entire life have their homes devastated,” Grosse said. “I felt helpless that I couldn’t do something about it, and I think that is what motivated me to organize this event. I love my home, and I wanted to do something to help.”

Grosse’s parents and grandparents stayed with her in Cape Girardeau, Missouri when Hurricane Ida ravaged Southeast Louisiana in August 2021. While her grandparents’ house was mostly spared, her parents Michael and Cindy Grosse returned home to find caved in ceilings and water damage.

“It’s been a process of rebuilding. Our damage from Katrina wasn’t to this scale, and I was still very young when that happened, so this was really my first time going through that type of devastation,” Grosse said. “I admire the strength my parents have shown throughout this entire process. They never faltered. They’ve been such a strong source of support for me.”

While most of Grosse’s friends at Southeast Missouri State University have never been in the path of a hurricane, they were eager to help after seeing photos of the destruction in St. John the Baptist Parish.

Students submitted video auditions to join the benefit cabaret. The final product was a variety show featuring about a dozen different acts. Admission was free, and more than $800 was collected through donations.

Grosse told a story of the resilience of her home state through her vocal rendition of Randy Newman’s Louisiana 1927. Some of the other performances were reminiscent of Louisiana culture, including a saxophone quintet’s arrangement of a jazz piece called “It’s Been a Long Time.”

“I’ve been fortunate to make a lot of friends in the program here, theatre students and music students. A lot of people were very kind and generous and wanted to help. It was really heartwarming,” Grosse said. “I selected the United Way Hurricane Ida fund to benefit from the donations because I knew that organization was going to be directly helping those in need in my community. I want funds collected to go directly to people who have been displaced from their homes and need a way to get back on their feet.”

The benefit cabaret also taught Grosse about communication and how to stay organized, skills she will carry with her as she pursues a future in performing arts.

A graduate of Archbishop Chappelle, Grosse is a sophomore musical theatre major and a music minor. She’s been singing since she was old enough to talk, and community groups such as St. John Theatre and River Parish Community Theatre allowed her to explore her talents.

After college, Grosse dreams of going to New York and establishing a career in acting and musical theatre.

“I feel like that’s where my heart is calling me,” she said.