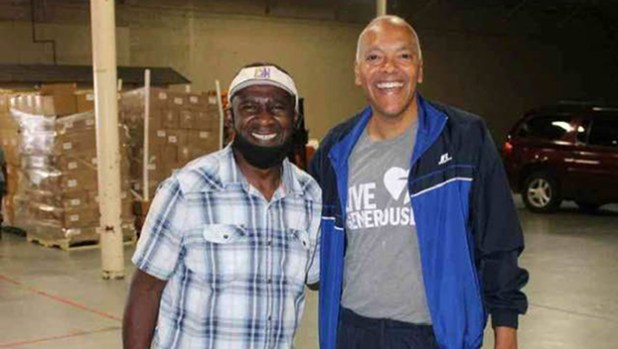 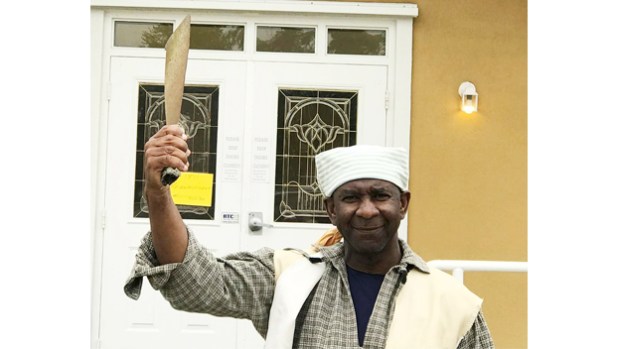 Donald August was passionate about preserving the history of the Historic Woodland Quarters. He participated in a 2019 re-enactment of the 1811 Slave Rebellion that originated in the neighborhood surrounding Rising Star Baptist Church. Photo by Derron Cook, Motionphics in Action 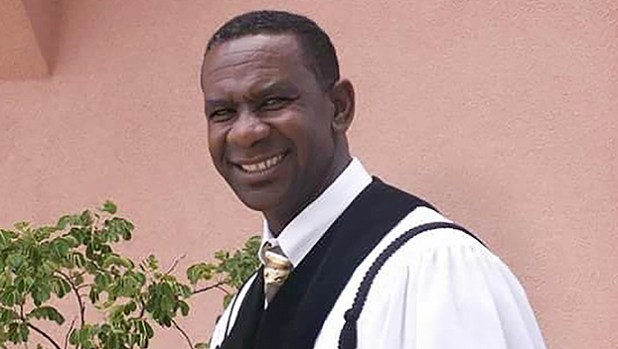 Donald Ray August Sr. served as pastor for Rising Star Baptist Church for 27 years, all the way up to his passing on Valentine’s Day 2022.

LAPLACE — Faced with health issues from the time he was a child, Pastor Donald Ray August Sr. wasn’t expected to live past the age of 21.

August passed away at the age of 64 on February 14, 2022, following a brief illness. August made good use of the time God allowed him on this earth, impacting those around him as a devoted spiritual leader of Rising Star Baptist Church and a true pillar of the community.

He was organized, meticulously so, and he often worked behind the scenes to see his visions, both large and small, come to fruition.

Much of what he did went without recognition, but his impact was never unnoticed. August frequently visited East St. John High School to mentor students in need, especially young men. He kept a slew of belts in his car so he could hand them out to students in violation of the school dress code to save them from being written up. Through Rising Star Baptist Church, August made a point to teach young men how to tie a necktie the same way his grandfather taught him.

“It wasn’t just the big things, like buying a cemetery for the church,” said Roberta August, Pastor August’s wife of 38 years. “Just teaching a young man to tie a necktie was part of his vision. He didn’t have all of the answers, but he had radical faith. He loved every bit of what he did for the community and the church. He loved God’s people.”

August served as pastor of Rising Star Baptist Church for 27 years. He was nominated by one vote and elected by one vote in 1994, following in the footsteps of former Pastor Clarence Alvis. Pastor Alvis noticed August had a calling on his life before he realized it himself.

August dedicated the utmost time and attention to everything he became involved in. At church, that meant participating in ministries and Sunday school. He got to know his members by randomly calling on them to help break the ice, and he enjoyed hosting town halls to keep the church abreast of elections and issues impacting the community.

August was a member of the St. John Pastors Coalition and the Dupont Community Advisory Panel. He often volunteered at New Wine Christian Fellowship in LaPlace to distribute Second Harvest Food Bank donations.

August would sometimes deliver food boxes to the rural community of Belle Rose, where he spent his early years along with his mother, Brenda August Jackson, and younger sister Arneadra Zeno. Soon after moving to LaPlace in 1964, he was blessed with younger sisters Gaynell Balque and Shennetah Balque-Rogers.

August was among the first group of black students to integrate John L. Ory Elementary. He grew up on Chickadee Street in LaPlace, near the site of Rising Star Baptist Church.

August was always passionate about keeping the history of Woodland Quarters at the forefront. He was instrumental in coordinating the 1811 Slave Rebellion Re-enactment in 2019.
“He didn’t want that piece of history to be lost. He made sure the people of the church knew this was a special, historic place, and he always wanted that story to be told,” Roberta August said.

Growing up in Woodland Quarters as the eldest of four siblings, August became known as the family’s protector.

Sister Arneadra Zeno said August was a very humble person who enjoyed the simple things in life such as laughter and telling jokes. He set a good example for his sisters and encouraged them to pursue their education.

“We didn’t have a lot, and my mother provided for us the best way she could. With him being the oldest and the only boy, we knew we could count on him. He was 12 or 13 years old when he had to be the man of the house, and he did a very good job,” Zeno said. “He continued that through the rest of his life. Even after we had our own husbands, he always made sure we were provided for. He still protected us.”

Shennetah Balque-Rogers said her brother was always ready to lend a listening ear when someone needed to talk. He looked out for everyone and even earned the nickname “weatherman” for all the times he called Balque-Rogers to let her know about bad weather heading her way in Texas.

He approached strangers with the same caring sprit. He partnered with the St. John the Baptist Parish Sheriff’s Office to provide spiritual guidance to those in need, and his church made several donations to the SJSO Body Armor fund.

“He was a pillar of the community. He was very respected, highly regarded,” Balque-Rogers said. “He was a good brother. He always said that if God never did anything else for him, God did enough because he lived way past the life expectancy doctors had given him.”

August’s family members fondly remember him as the person who would buy what you needed and what he thought you needed – which often came in the form of outdoor décor that he would leave in his loved ones’ backyards.

Sister-in-law Patricia Lewis said he was more than a brother-in-law, and she’ll think of him whenever she hears the wind chimes sing.

He loved football, especially in his younger years. Roberta August will never forget the time he broke the game down for her with a whiteboard and a two-hour lecture.

He was a loving father to his son, Donald August Jr., and the two connected over deep talks about everything from finances to being an honorable person.

August enjoyed family reunions and relaxing on cruises, but perhaps his most unusual hobby was cutting the grass with a non-self-propelled lawn mower.

Two of the biggest goals that he accomplished in his lifetime were making sure Rising Star Baptist Church was debt-free and purchasing land to construct a cemetery for the church.

August has been temporarily interred at St. John Memorial Gardens in LaPlace. Once work is complete, he will become the first person buried at the Rising Star Baptist Church Pilgrim’s Rest Cemetery in LaPlace.