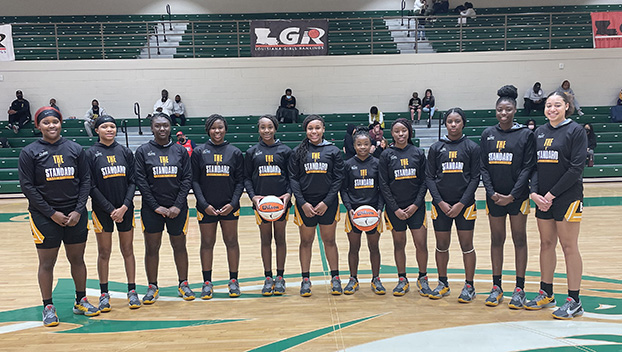 EDGARD — It was a game filled with back-and-forth action that stretched into overtime, but the East St. John girls basketball team ended its season Monday night with a 63-53 loss to Southwood in the second round of the 5A playoffs.

With a No. 11 rankling compared to East St. John’s No. 6 seeding, Southwood came into the regional round as an underdog and truly rallied for the win.

Southwood junior Jermesha Frierson, the No. 5 ranked player for her class in the state, scored 12 of her 26 points in overtime.

The Lady Cats still have a lot to be proud of as the season closes out.

East St. John clutched the District Championship in 7-5A, and head coach Stasha James said the team is having one of its most successful seasons in recent memory.

“Being ranked No. 6 means a lot. That’s the highest we have been seeded as long as I can remember. It’s the highest in the last 15 years for sure,” James said.

The Lady Cats entered the playoffs last week with a 25-3 season record. In the first round of the 5A playoffs, East St. John defeated Live Oak 65-22.