Jessica E. K. Scroggins passed away unexpectedly on Thursday, February 3, 2022, at the age of 30 while at her home in 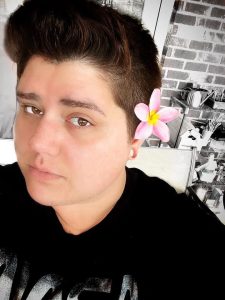 Jessica was born in Hammond, Louisiana, on August 26, 1991, to Daniel R. Scroggins and Elizabeth M. Bourgeois. She attended East St. John High School and took classes at Nicholls State University. Jessica worked in food service and hospitality before becoming a caregiver to her grandparents. She loved nature and animals, and she was active in pet rescue. She was a devoted mother to her fur babies, Veda and Mischief. Jessica also enjoyed art and other creative pursuits. She was an avid Disney, Harry Potter, and Lego enthusiast. She will be greatly missed by her friends, family, and all who knew her.

A memorial service will be held in March. Details will be announced at a later date. In lieu of flowers, donations can be made in memory of Jessica Scroggins to the ASPCA (https://secure.aspca.org/donate/memorial), your local animal shelter, or a charity of your choice. Online condolences may be offered at www.gardenofmemoriesmetairie.com.