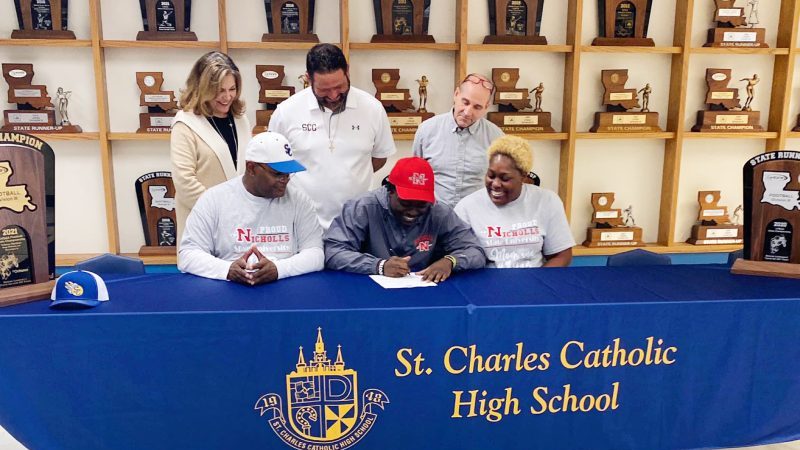 Jones plans to study business and kinesiology. He celebrated the signing with his coaches, teammates, family and friends on February 2 in front of St. Charles Catholic’s trophy wall.
Athletic director and head football coach Wayne Stein spoke during the celebration about Jones’ dedication, applauding his talent and determination as a key element to the runner-up and state championship titles the Comets have won during his years in the program.

“He’s a phenomenal player. He was a three-year starter for us. He went from nose guard to defensive end to linebacker, so he really knows every level of the defense,” Stein said. “Nicholls is getting a steal. I think he is one of the best linebackers in the state of Louisiana.” 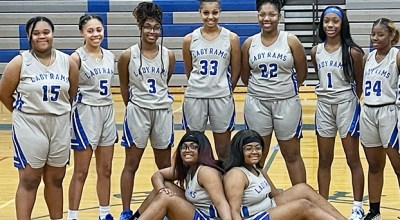